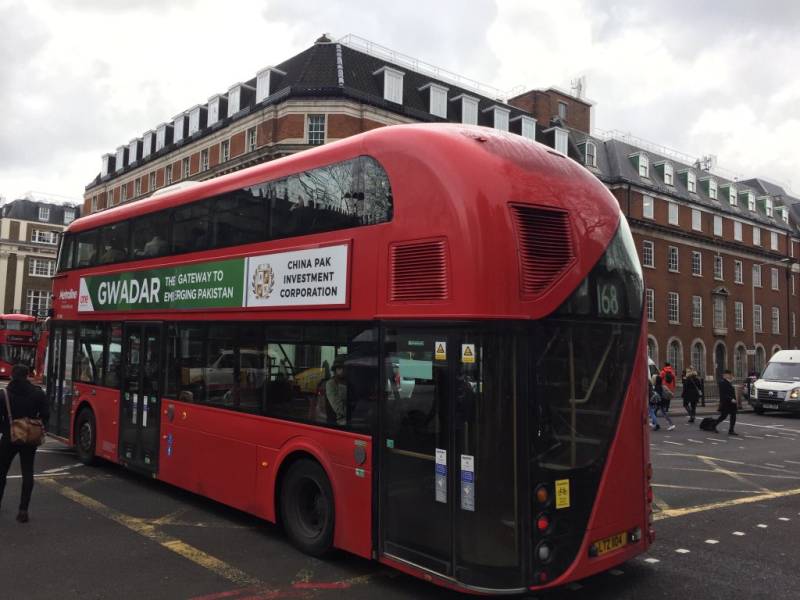 LONDON - A leading investment group has launched the most expensive, diverse and creative advertising campaign ever run outside of Pakistan to promote Gwadar as the investment destination and to invite attention towards the future hub of economic activity in the South Asian country.

A total of 100 iconic red double-decker buses in London, the capital city of England, are running across 17 routes, carrying a beautiful banner which reads “Gwadar: The Gateway to Emerging Pakistan”.

A port city in Balochistan province of Pakistan, Gwadar which is being built and developed with help from China under the China-Pakistan Economic Corridor (CPEC) project has the potential to rival Dubai. 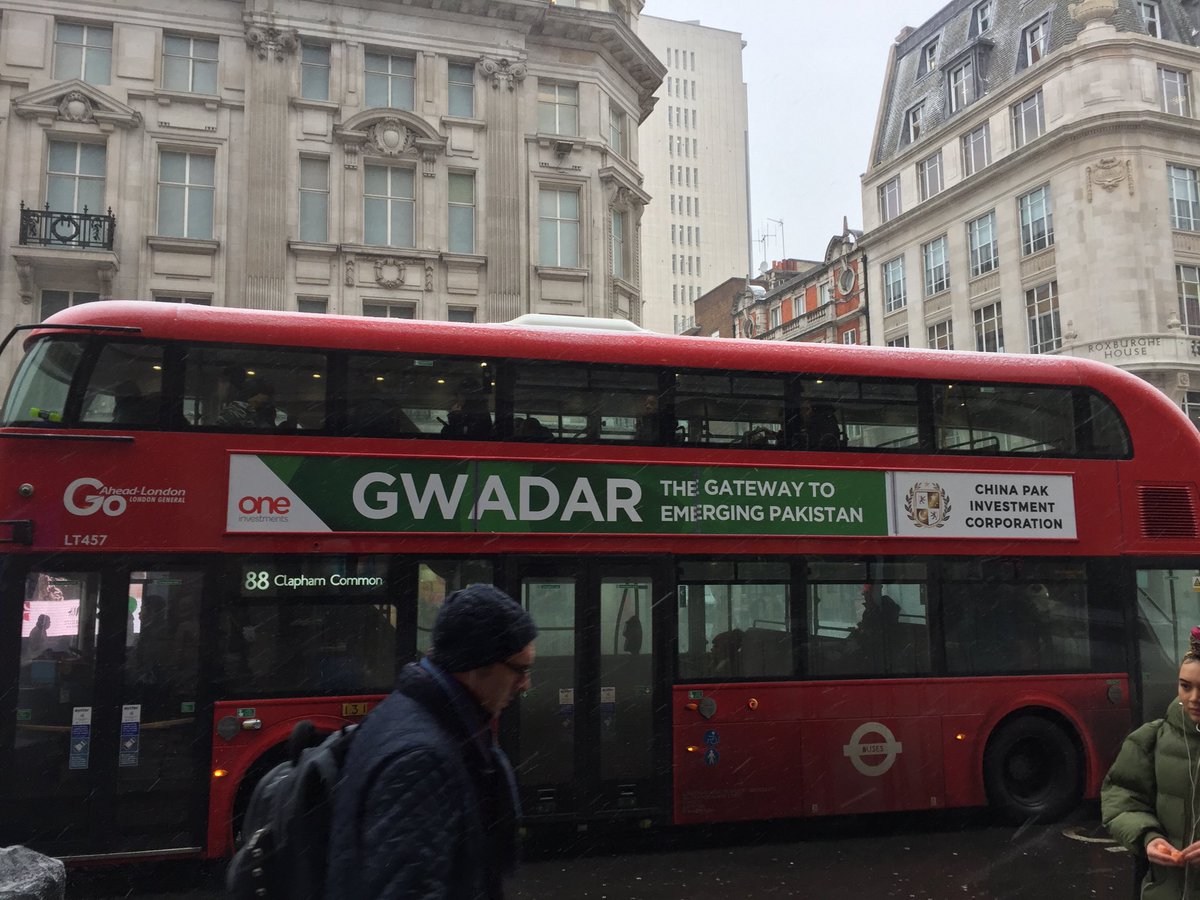 The campaign, sponsored by China Pak Investments Corporation (CPIC), has the potential to reach or make an impact on at least 10 million people for the month-long duration it will be featured on London buses.

In an interview to a private TV channel, One Investments Limited Chief Operating Officer Stuart Reid said that the “red Gwadar buses” have been launched in Zone 1 of Central London, the heart of the world’s financial capital, and go out till Zone 4 to celebrate Gwadar.

“It’s our estimate that at least 10 million of the world’s most influential people will see these buses whilst parading the poshest localities of Central London from Oxford Street to Park Lane and Buckingham Palace to the Houses of Parliament and Lords in Westminster. 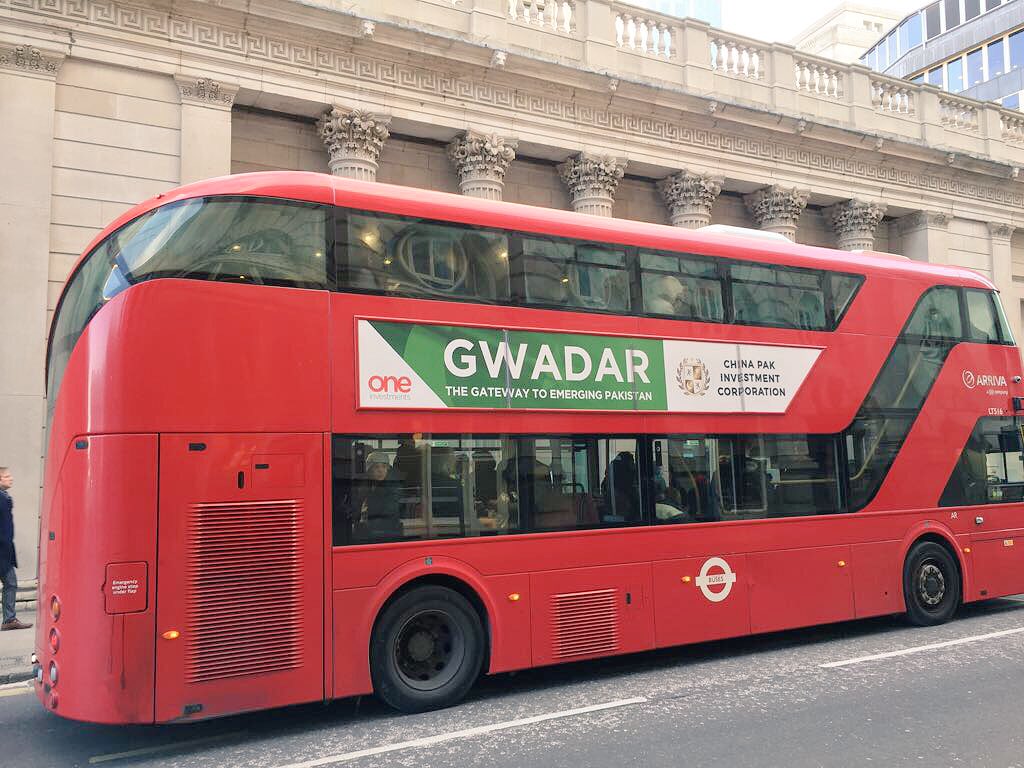 “We have put Pakistan and Gwadar on the highest platform in the most prime locality of London, the city with the world’s most billionaires, which sees over $5 trillion in daily financial transactions,” he told Geo News.

According to Reid, the aim of this campaign is to showcase Gwadar as the emerging trade hub of South Asia on the global platform.

Amongst the fastest growing economies in Asia, Pakistan is poised to become the 20th largest economy in the world by 2030.

China has committed $62 billion to the initiative under its One Belt One Road initiative to develop commercial logistics links with Europe to get access to a warm water port 350 miles from the Straits of Hormuz.