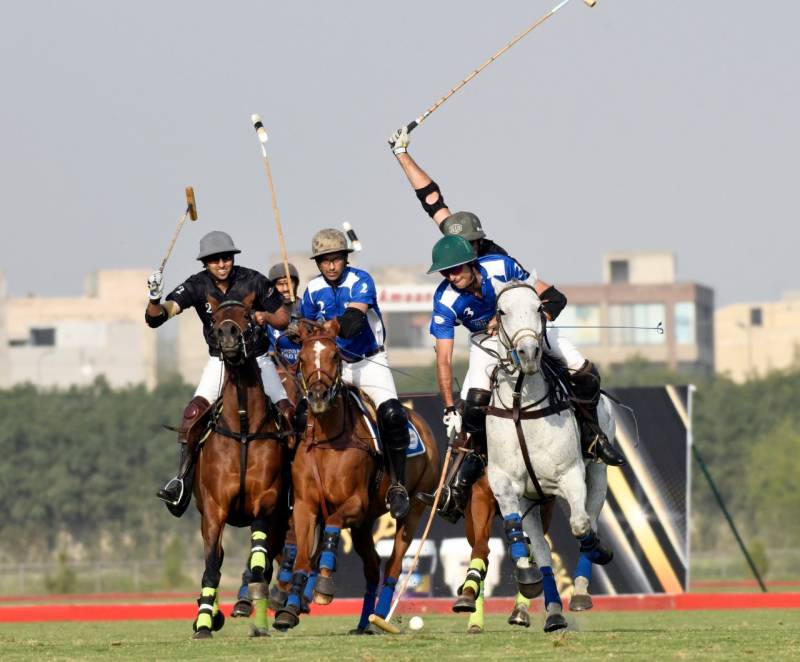 Tito Ruiz Guinazu cracked a classic quartet for team BN Polo, which recently won the Punjab Polo Cup 2021, while Raja Mikail Sami and Eulogio Celestino converted a brace each but their efforts couldn't bear fruit for their side, which lost the crucial match by 8-10.

Raul Laplacette steered Diamond Paints to a thumping 9-5 win over Master Paints Black in the second match of the day.

Raul Laplacette was top scorer from the winning side with superb five goals while his teammates Ramiro Zaveletta and Saqib Khan Khakwani slammed in a brace each. Mariano Raigal hammered a hat-trick for Master Paints Black while Ahmed Ali Tiwana and Matias Vial Parez converted one goal apiece, but their efforts were futile.

Marcos Panelo shone in Master Paints' emphatic 10 1/2-5 triumph over team Risala in the third and last encounter of the day.

Marcos Panelo emerged as star of the day for Master Paints with a classic contribution of fantastic five goals while his teammates Juan Cruz Losada and Farooq Amin Sufi also played brilliantly and malleted three and two goals respectively. From team Risala, Dylan Rossiter contributed with a hat-trick and Pedro Guitierrez Ofarell a brace, but they couldn't save their side from facing defeat.

The losing sides - Risala, Remounts and Newage - will vie against each other today (Thursday).