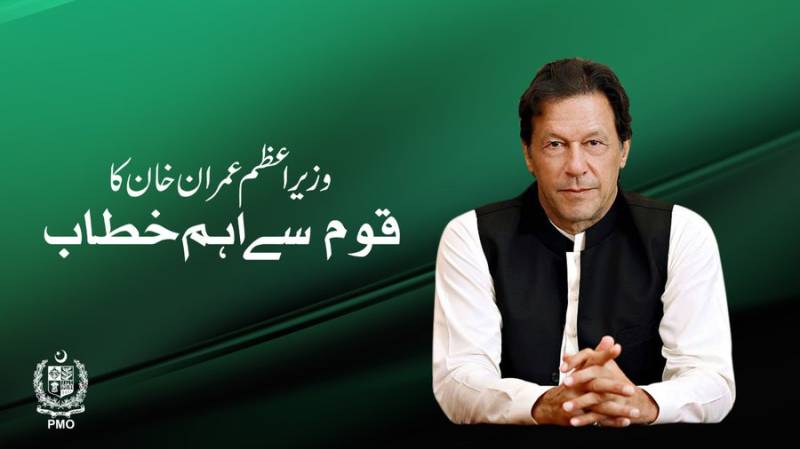 ISLAMABAD - Prime Minister Imran Khan said on Thursday that he is going to seek the vote of confidence from the National Assembly this week, adding his party will sit on benches if fails to secure the confidence vote.

He was addressing the national a day after his party's strong candidate Abdul Hafeez Shaikh faced defeat on Islamabad's general seat despite PTI and its ally parties' majority in the lower house of the parliament.

The premier said that that the Opposition wanted to threaten him with the no-confidence motion after defeating Shaikh in order to get NRO-like concession. Saying vote of confidence will be held through show-off hand, the premier said that he will have no objection if any member of his party does not trust him.

Highlighting that some of his party's lawmakers have sold their votes to ensure the victory of PDM's joint candidate Yousaf Raza Gillani, he said that such elements should have fear of God.

Imran Khan also questioned the role of the Election Commission of Pakistan (ECP) in the Senate election. He accused the Commission of damaging the democracy in the country by supporting secret balloting for Senate polls. "The ECP was informed about the horse-trading beforehand but it did not take any action," he said.

He said that the ECP provided an opportunity of horse-trading to the opposition, adding that the institution has failed to hold fair and transparent elections.

The premier addressing the PDM said that remaining in power did not matter for him as he will continue his struggle against corrupt elements till the last breath. "Will continue to struggle for rule of law in the country," he vowed.