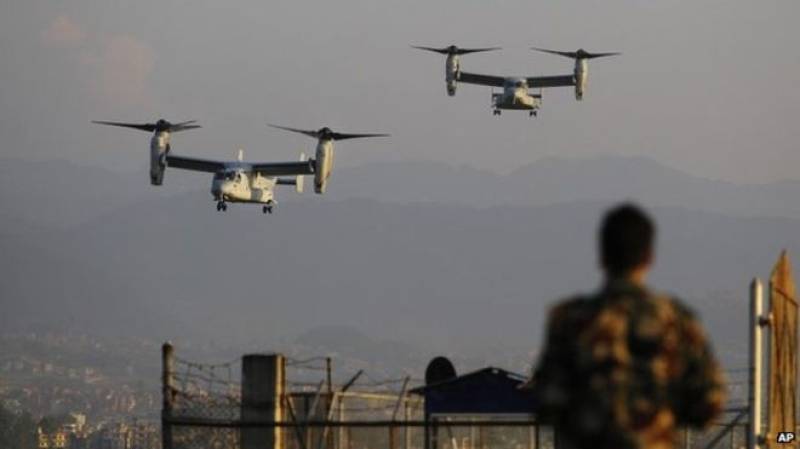 Relief efforts near the epicentre have been hampered by a lack of aircraft.

About 100 US marines, two helicopters and four Ospreys capable of vertical take-off are now in Kathmandu. 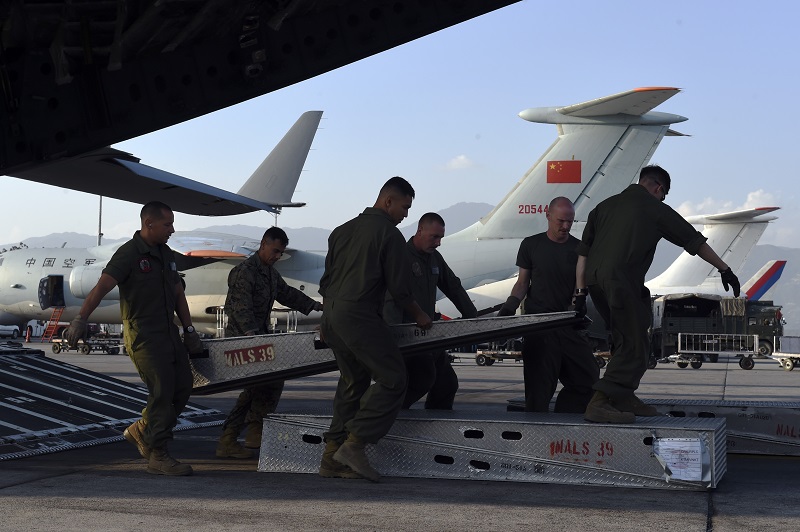 Their arrival comes as Nepal's only international airport has banned larger aircraft carrying aid from landing because of concerns over its runway.

The epicentre was in the Gorkha region, and many roads to the hilly district are impassable due to landslides.

The six aircraft are due to begin aid flights on Monday. 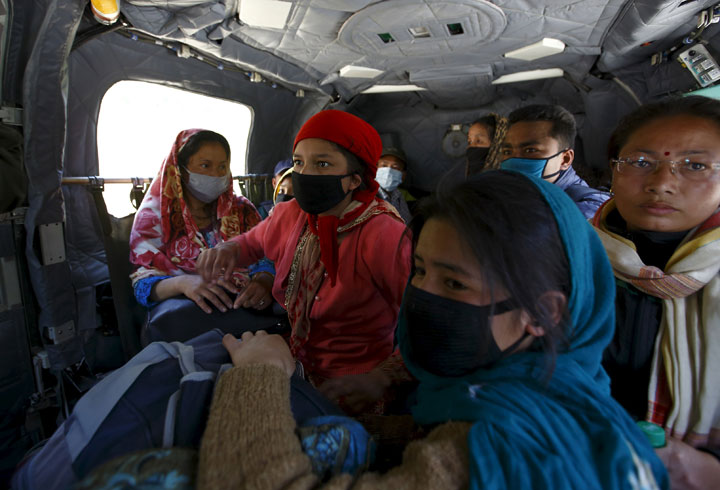 Planes heavier than 196 tonnes had been allowed to land since the earthquake but restrictions have been imposed because of potholes on the runway, officials say.

Also on Sunday, the United Nations said the problem of customs controls holding up aid deliveries from the airport was "diminishing".

"The government has taken note of some of the concerns that we've expressed to them and they've addressed those," said Jamie McGoldrick, who is co-ordinating the UN relief effort in Kathmandu.

Landslides and poor weather have hampered efforts to deliver aid to isolated areas.

The death toll could go up, as search and rescue efforts continuing in several hill districts including Dhading, Rasuwa and Sindhupalchok, the government has said.

While the vast majority of casualties were in Nepal, about 100 people are reported to have died in neighbouring India, China and Bangladesh.

On Sunday, Nepali police released a list of foreigners who had been killed or injured. The largest group of nationals affected is Indians, with 39 known to have died and 10 injured.

The EU envoy to Nepal, Rensje Teerink, said on Friday that the whereabouts of 1,000 EU citizens was still unknown.