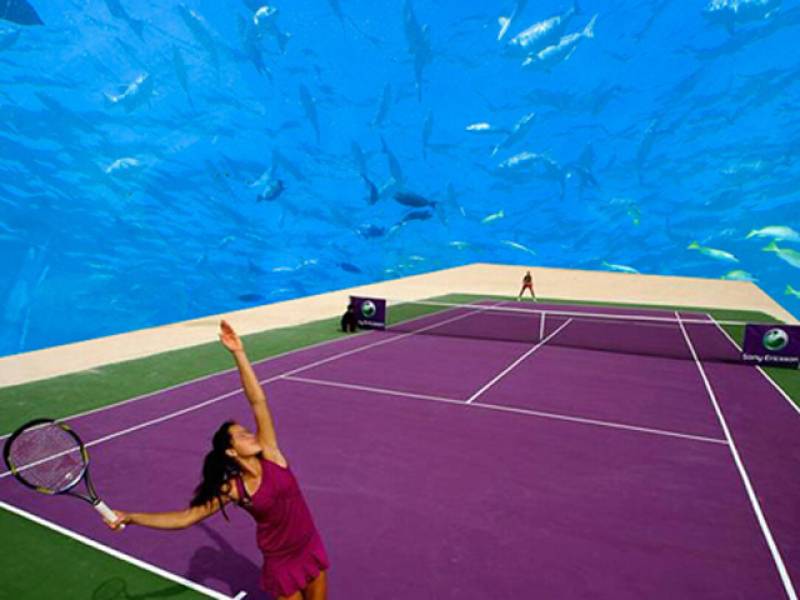 DUBAI (Web Desk) - The concept designs of underwater hotels or residential villas have been floated in Dubai and now a Poland-based architecture firm has served up an ace with plans for an underwater tennis complex in the emirate. 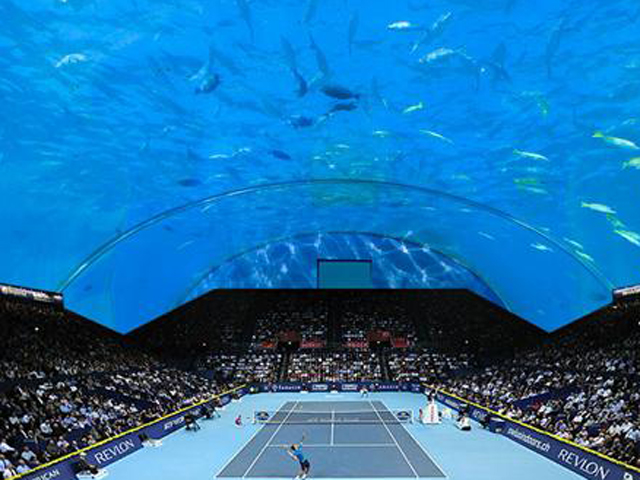 Polish architect Krzysztof Kotala of 8+8 Concept Studio, the promoter of the concept, is scouting for big time money (investors), building his case based on the “economic gains for Dubai if it is built here”. 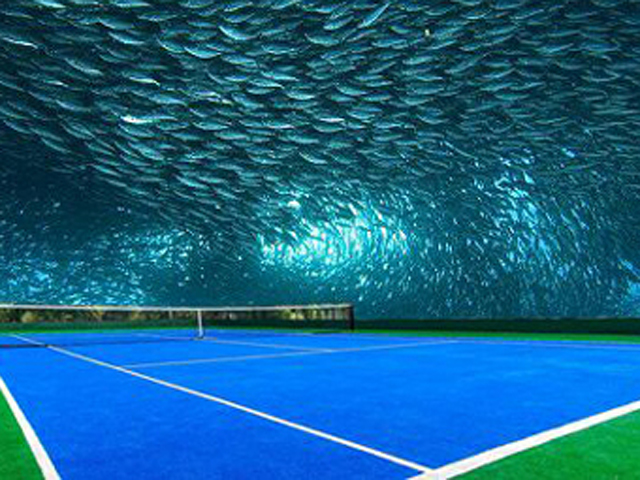 “Large investment brings economic gains in the construction sector and such a project will also bring marketing profits and drive tourism,” he told Emirates 24|7. 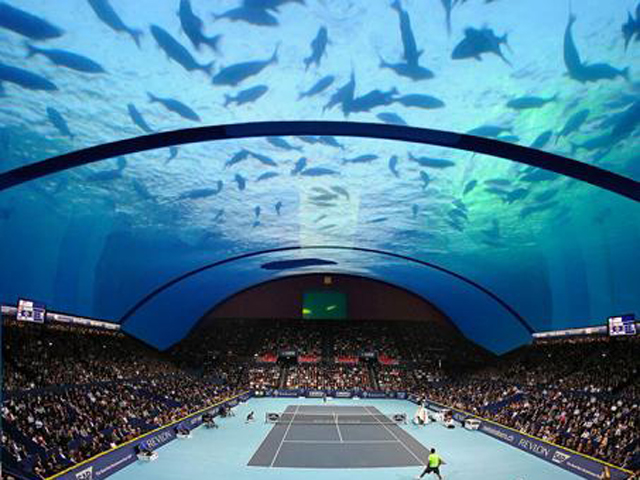 Besides the emirate, he says Qatar and Japan could also be ideal locations for building such a stadium.

Dubai is the host for World Expo 2020, which is expected to bring 25 million visitors to the country, while Qatar will hold the Fifa World Cup in 2022.

Kotala says the underwater tennis complex is an innovative approach to sports facilities. The complex, which consists of seven arenas, works as a sports, recreation and exhibition centre.

“The underwater arena fits into the natural environment because it resembles a coral reef in Dubai. Modern technologies and environmentally-neutral materials such as nano‐cement and carbon glass can be used for the construction.”

Asked about the cost of development, Kotala says he has not done any calculations, but the price will be based on the selected object function.

“It could run into several billion dollars and it could take around five years to build,” he reveals.

Kleindienst Group, a Dubai-based real estate developer, has already announced plans to build 42 underwater villas (the floating seahorse) in its The Heart of Europe (THOE) project on The World. 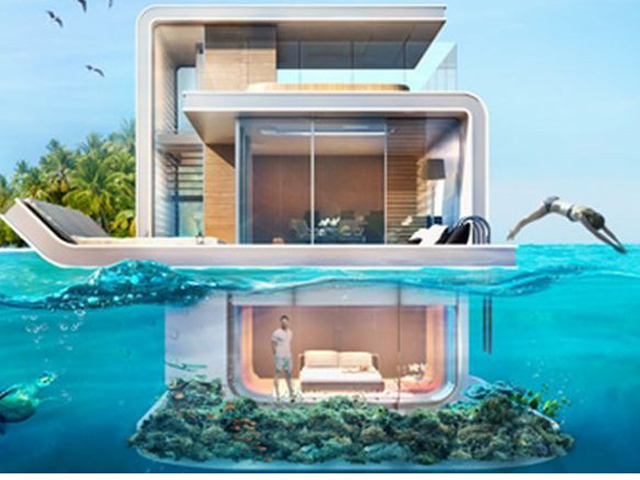 In February 2015, company CEO Josef Kleindienst told this website that five underwater villas had been sold at a price of Dh5 million during a launch by a private company that had purchased some units from them. 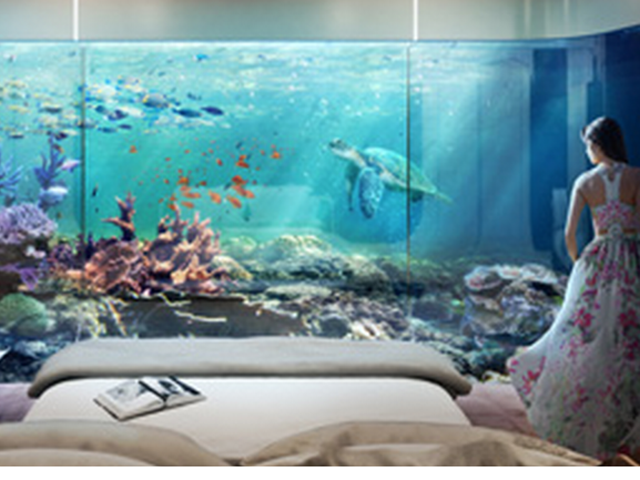 Nakheel, master developer of The World, however, announced in the same month that the underwater villa project was not yet approved and it was discussing the proposal with the developer.

In 2013, Drydocks World, the shipbuilding arm of Dubai World, took the lead in announcing a joint venture with Big Invest Consult, a Swiss company, to develop underwater hotels and floating cities in the Middle East. The latter represents Deep Ocean Technology, the Polish-owner behind the technology and concept of Water Discus hotel. 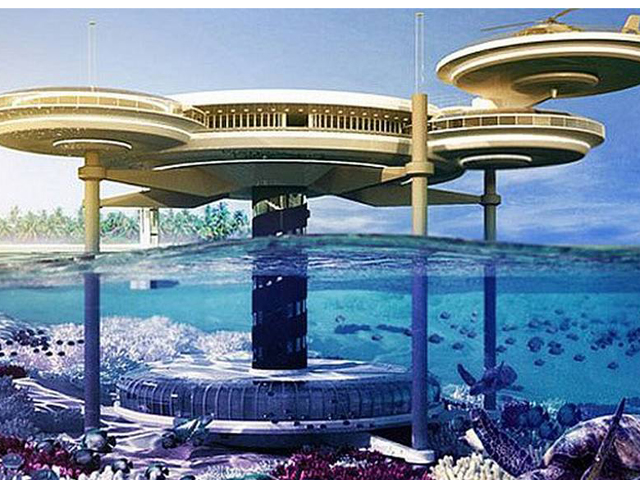 Emirates 24|7 has reported earlier that a smallest two-discus hotel could cost anywhere between $50 million and $80 million. 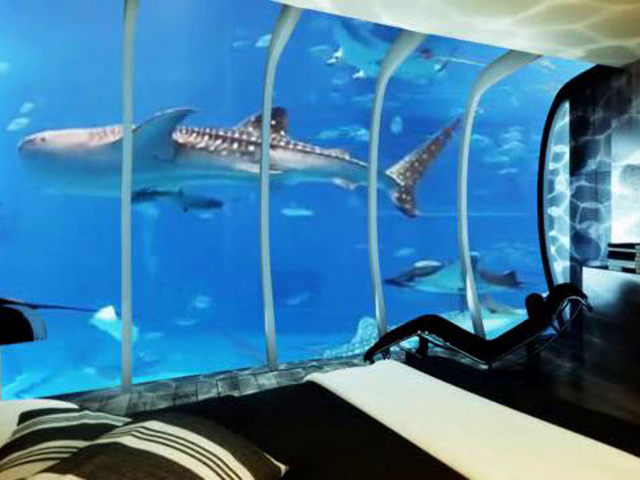 No announcements have come forth on any such hotel being built in Middle East.