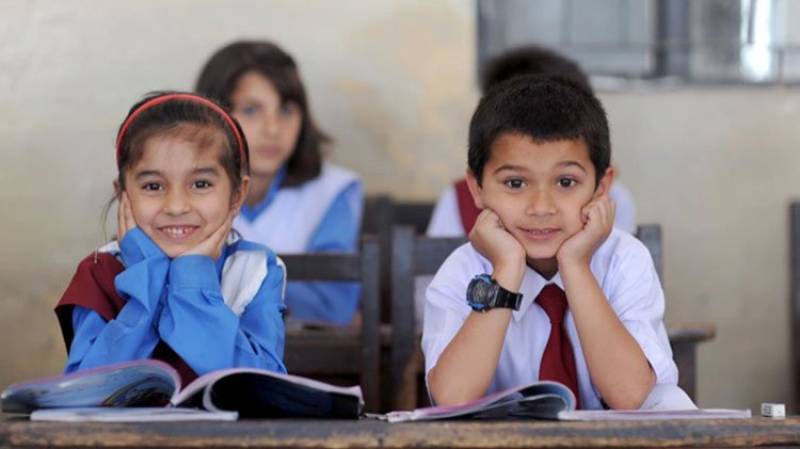 ISLAMABAD – The federal government has decided to give a 20 percent fee concession to students of private educational institutions amid closure due to the ongoing third Covid-19 pandemic.

A notification issued on Monday stated that all private educational institutions are advised to grant the concession of 20 percent in the monthly fee with effect from April 2021 till their reopening.

However, it also mentioned that the 20 percent fee concession was given only to people paying Rs8,000 per month. It is to be mention that last year, Peira had notified a 20pc fee concession in all schools charging more than Rs5,000. 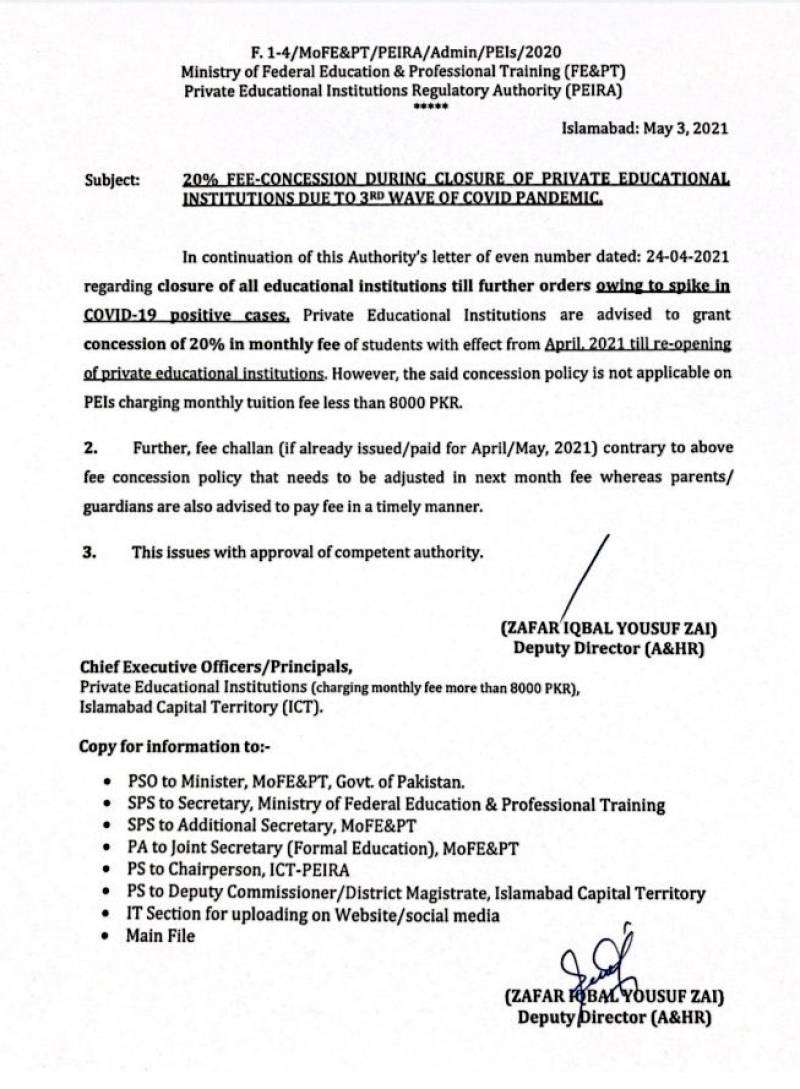 It also directed that fee challan if already paid for April/May contrary to above fee concession policy needs to be adjusted in the next month fee, whereas parents are also advised to pay a fee in a timely manner.

It further added that fee challan [if already issued/paid for April/May 2021] contrary to the above fee concession policy, needs to be adjusted in next month’s fee whereas parents/guardians are also advised to pay the fee in a timely manner.

Private schools deputy director Zafar Yousafzai said that the regulatory body received the majority of applications for fee concessions. The authority has decided to grant a 20pc fee reduction in wake of the demands of parents.