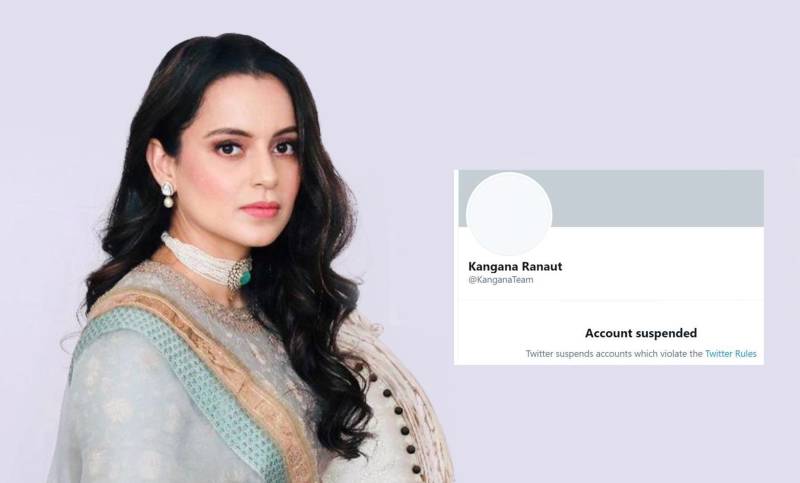 MUMBAI – India actor Kangana Ranaut’s Twitter account has been permanently suspended after she posted a series of controversial tweets following the violence in West Bengal polls.

The B.Town actor said that no violence was reported from Assam and Puducherry where ruling party BJP triumph, but ‘hundreds of murders and #Bengalisburning’ after TMC won in Bengal. 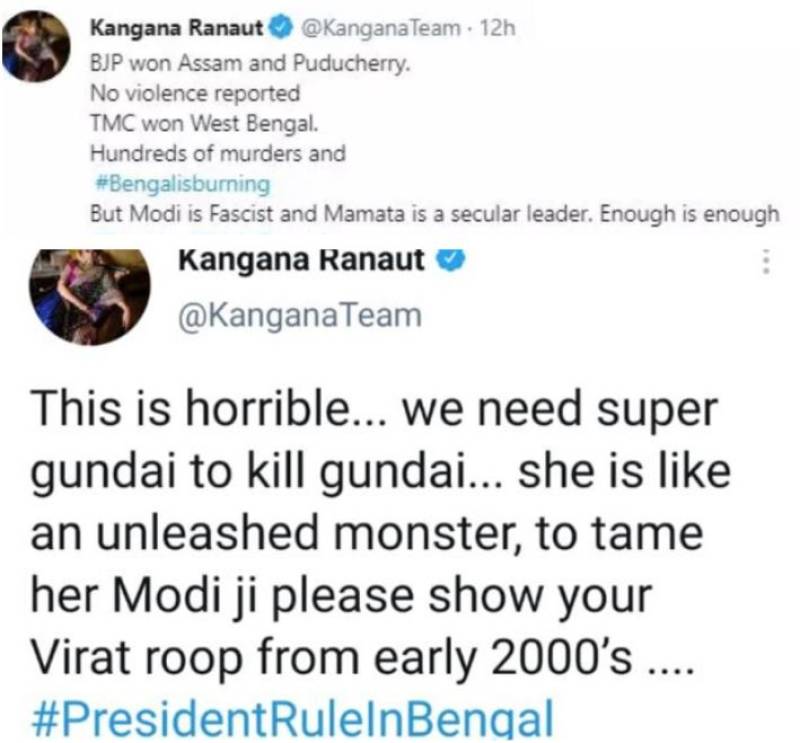 According to the microblogging platform, the Queen actor has been found to repeatedly violate the platform's rules.

A Twitter spokesperson cited the action due to ‘Hateful Conduct policy’. We’ve been clear that we will take strong enforcement action on behavior that has the potential to lead to offline harm. The referenced account has been permanently suspended for repeated violations of Twitter Rules specifically our Hateful Conduct policy and Abusive Behaviour policy. We enforce the Twitter Rules judiciously and impartially for everyone on our service, he clarified. 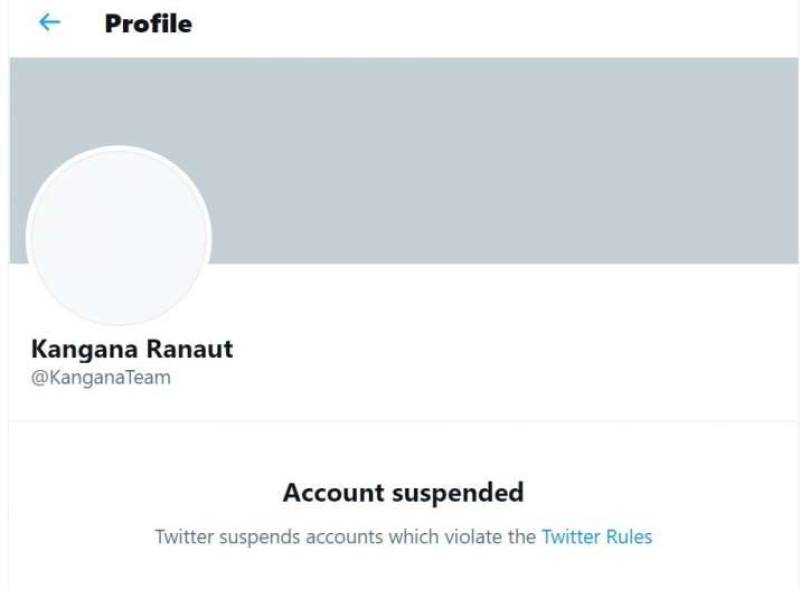 This isn't the first time the 34-year-old has been penalised by the social media platform. She faced certain restrictions on her account after she posted an incendiary tweet against Amazon Prime Video series Tandav.

Indian actress Kangana Ranaut on Saturday thanked Pakistanis for expressing solidarity with India, which is currently ...

Responding to the suspension of her account, the actor took to Instagram and termed the event as the “death of democracy”.