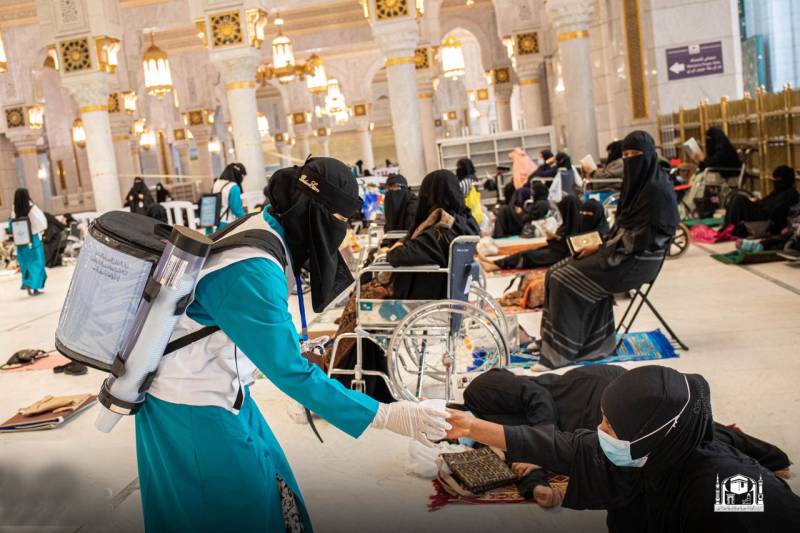 RIYADH – Kingdom of Saudi Arabia has appointed the first female staff workers at the Holy Kaaba to perform several duties.

The General Presidency for the Affairs of the Two Holy Mosques has hired first female workers to facilitate women pilgrims.

At least 1,500 female workers have been posted in different departments. A total of 600 women have been selected for the Technical and Service Affairs Agency while the rest have been deployed in other departments.

JEDDAH – Amid the series of reforms in Saudi Arabia, the Kingdom appointed female security guards for the first ...