In a first, women security guards deployed at Masjid-al-Haram 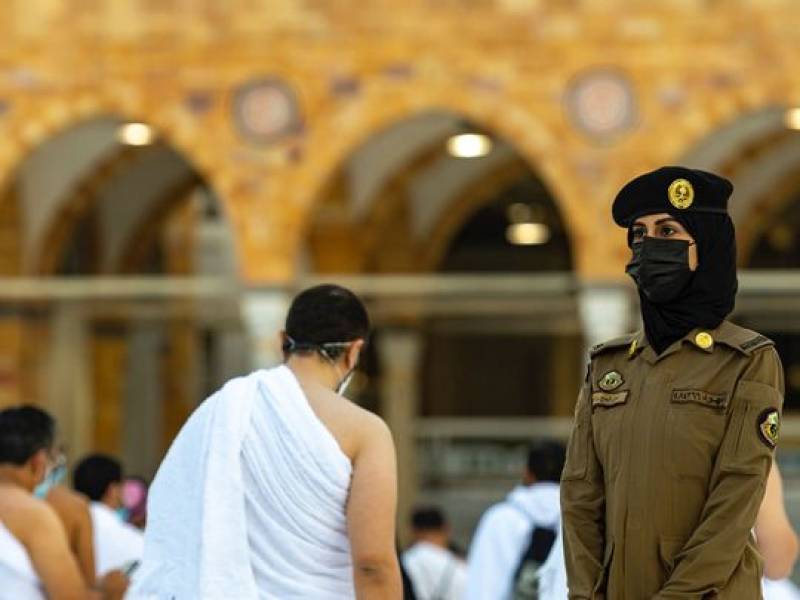 JEDDAH – Amid the series of reforms in Saudi Arabia, the Kingdom appointed female security guards for the first time at Masjid-al-Haram.

The interior ministry of the Kingdom Monday published photos of female security officers on duty for marking the recent historic reforms of Crown Prince Muhammad Bin Salman under Saudi Vision 2030.

The pictures of the female Hajj and Umrah guards went viral soon after they were posted on the ministry’s official handle. “From the field, the security guard of Hajj and Umrah”, the caption reads.

The female guards will look after the worshippers and pilgrims and ensure that all precautionary measures are followed inside the Grand mosque.

Soon after international media covered the development, many people hailed the initiative and called it historic while others opposed it.

Earlier in February, the Saudi Ministry of Defence announced that men and women in the Kingdom can apply for positions in the military through their unified admission portal. Women can be recruited as soldiers, lance corporals, corporals, sergeants, and staff sergeants.