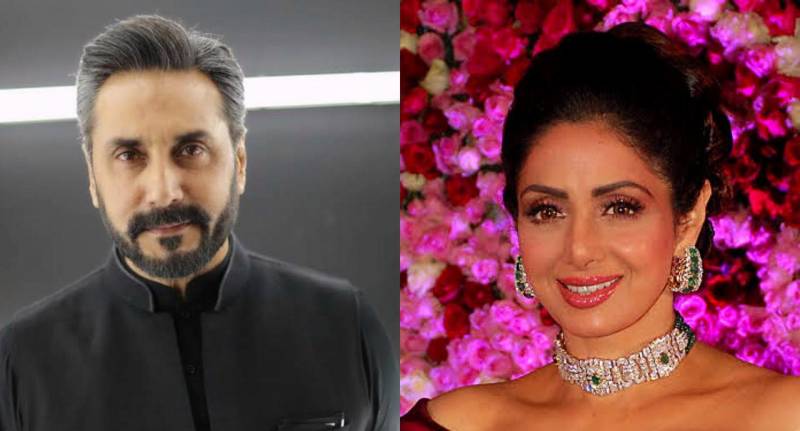 The Meray Pass Tum Ho superstar Adnan Siddiqui has won numerous awards and has been praised for his stellar performances in his career.

Siddiqui is a household name in the entertainment industry. Proving his mettle in numerous projects across the border, he starred in Bollywood's crime thriller Mom with late superstar Sridevi and Yeh Dil Mera star Sajal Aly in pivotal roles.

Recently, the 51-year-old appeared on the show ”Choti Car Bara Star” which was hosted by Sarah Ajmal.

During a revelation segment, Adnan reflected on his Mom co-star's untimely demise when the host questioned how he dealt with the death of the Sridevi,

”You may or may not know, I was in Dubai at that time, as I was invited to the wedding of Boney Kapoor’s nephew as a guest. I was also going to meet him before it happened and then I heard it and went directly to see him. "

Further, he revealed that when he heard the sad news he was on his way to meet Kapoor and that he was probably the first one to console the grieving family, "I was probably the first one who reached out there and consoled him at the time when Sridevi passed away. He was extremely sad and it was more than a shock for me as well because I met her just a night before and all this happened overnight.”

Moreover, he went on to say that he was shocked and in a state of disbelief since he met Sridevi the day before and could not believe how something that traumatic could happen overnight.

Earlier, the news of Siddiqui and Saeed sharing the screen again for a new project started doing rounds on the Internet.