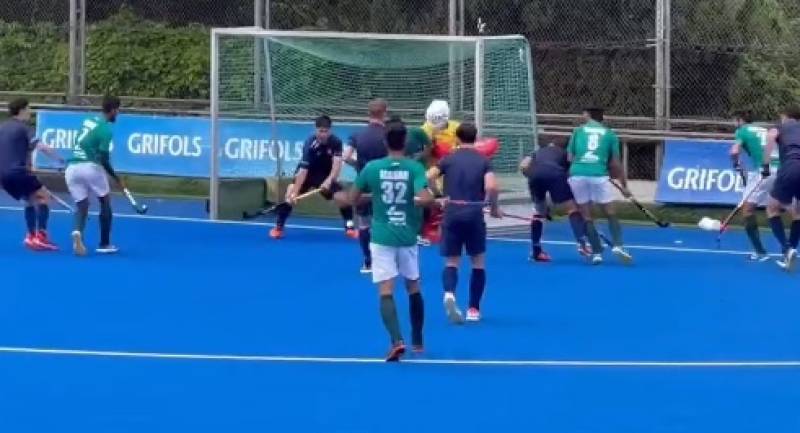 KARACHI – Pakistan defeated Spain by 4-1 in fourth hockey match of their Europe tour on Tuesday.

Men in Green Shirts smashed three goals in the first half and one goal in the second half. Rizwan, Mubashir, Ejaz and Roman scored one goal each.

Pakistan hockey team is scheduled to play two more matches against Spain before heading to home on May 5.

Later in the month, Pakistan team will fly to Jakarta to take part in Asia Cup 2022.

Earlier, the team have played two matches against the Netherlands and managed to win the one of the matches. Pakistan faced defeated in a match against Belgium in the first leg of the tour.

Meanwhile, social media users have congratulated the team for bagging win in first match against Spain.