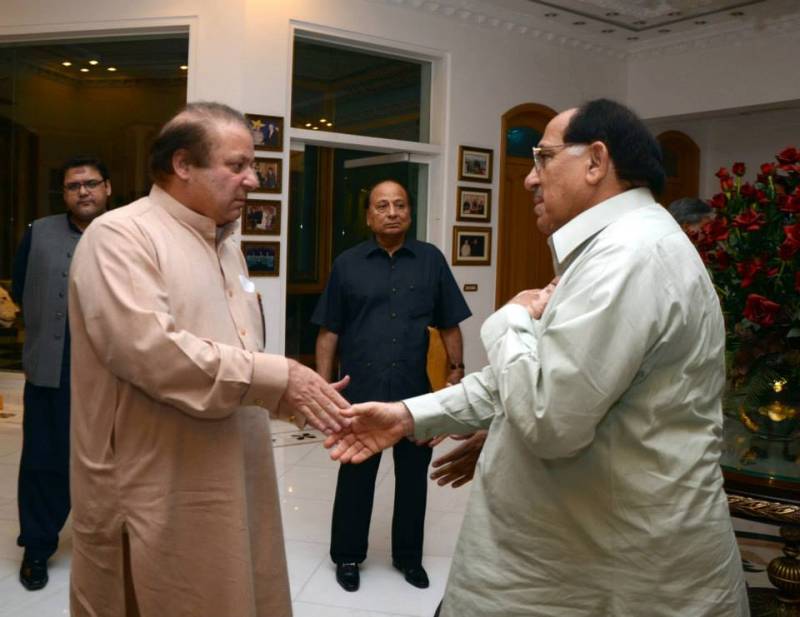 ISLAMABAD - A Pakistan Muslim League-Nawaz (PML-N) insider on Thursday claimed that scores of his party leaders think that Prime Minister Nawaz Sharif should resign over the Panama leaks scandal.

Talking exclusively to ARY News, PML-N leader Zafar Ali Shah said that in the current circumstances the premier should consider tendering resignation from his post to steer the country out of political crisis.

“Unfortunately he (the PM) has turned into a controversial figure, so if he steps down- the best candidate we have is Kulsoom Nawaz or Shahbaz Sharif but both are not MNAs and they need time to become MNAs. So, if we are to make someone PM instantly, Nisar should be given premiership to save the country from political crisis,” said Shah.

He added that a number of PML-N members support this idea but maintained that the decision rests with Mr Nawaz Sharif himself.

Answering a question, Shah maintained that he thinks a group within PML-N does not want the PM to resign.

When asked whether Khawaja Asif and Khawaja Saad Rafique wanted PM Nawaz to resign, Shah responded that the duo was a bit reluctant about that.

He went on to say that the allegations put forth in Panama Leaks were leveled at PM Nawaz instead of the whole PML-N so the party should remain in power with another Prime Minister.