SIBF 2018: BBC expeditioner Bruce Parry says we are better off as equals 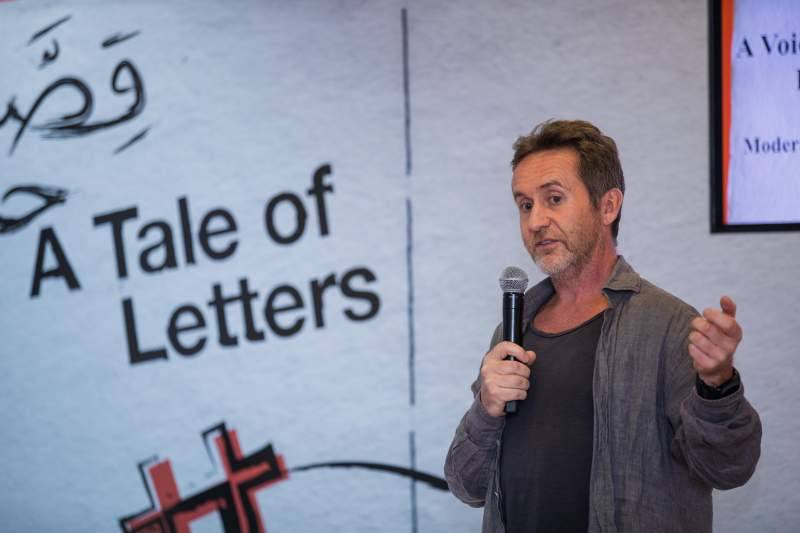 SHARJAH - “Why am I here in one of the most advanced cities in the world, and talking about embracing an almost nomadic way of life?”, said former Royal Marine, expedition leader, indigenous rights advocate and BBC documentarian, Bruce Parry - guest speaker at the Sharjah International Book Fair, addressing his audience who had come to hear about his brave expeditions around the world, during which he has tested his physical limits, living with ancient tribes in the most remote areas.

In an interactive discussion session, ‘A Voice from the Forest’,  on Saturday at the fair, Parry trekked back into the dense jungles of tropical belts in Africa and Southeast Asia to pick for his listeners, what he called ‘life transforming’ experiences, living with several indigenous tribes spread across these regions.

He spoke, for the most part, about his time with Borneo’s Penan tribe, sharing how living with the world’s indigenous people can teach us about our own survival and that of the planet.

“When I was travelling the world and living with these tribes, I got a deep insight into human nature. When I found the Penan tribe, I thought here’s a group of people unlike any other I’ve met throughout my life. They were somehow completely different.

“They were living in a system where they had completely extinguished any outward expression of competition. They had no leaders, no chiefs and shamans – zero hierarchy. This group of people and a very few others around the world live by the narrative of egalitarianism, which is how we all lived until the advent of agriculture and the Neolithic revolution.

“I think about my life, competition is almost what earns me my daily bread,” he said.

“Why am I saying all this? What is it that we can learn from their experiences and way of life? Is this just a time gone by; a reflection of the past that doesn’t matter to us?”

He then explained how by our very innate predilections, humans find and accept popular narratives as a way of life. He said that the narrative of power, money or even religion have the same effect on us as that of egalitarianism has on the Penan people.

The author and indigenous rights advocate warned that the world is leading to a point where we forget to be mindful and live in the moment; make the most of it. We are heading towards a future that will lose its balance to competition and aggression.

“Look at where we are going? We all want what the neighbour has. We are all fighting for resources. We are all trying to assert power and authority on others in whatever way we can. We need to change this if we were to sustain this world for future generations,” said Parry.

He ended an insightful lecture stating that we should learn from these tribes and consider changing our consumption patterns and lifestyle values.