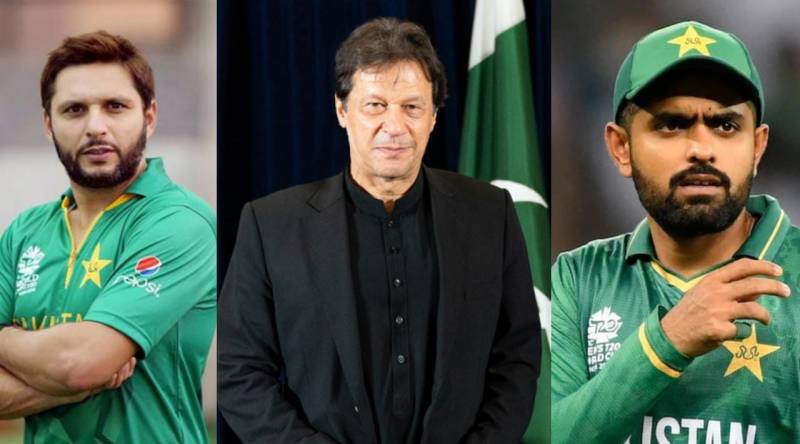 The shocking news of an attempt to assassinate the former Pakistani Prime Minister, Imran Khan, has shaken the nation to the core and angered those who show staunch support for the politician. Among the millions of people condemning the attack are Pakistani cricket players who have taken to Twitter to express their distress and sent prayers for Khan.

Khan was shot during a political rally in Wazirabad, Punjab. The 70-year-old was leading a march to the capital city to demand a fair general election. Khan was ousted as Prime Minister in April, having a no-confidence vote in parliament.

During the march, a gunman opened fire on the container where Khan was standing alongside his party officials.

Cricket players including Babar Azam, Hassan Ali, Imam ul Haq, and Shahid Afridi have voiced their opinion on the matter.

Highly condemn the attack on @ImranKhanPTI. My prayers for the health and speedy recovery of all the injured people and deceased. May Allah SWT protect Pakistan, Ameen.

Violence in any form could never be accepted. Prayers for the quick recovery of @ImranKhanPTI saab. May Allah keep everyone safe ameen????????

I highly condemn what happened in Wazirabad today, let us all stay strong and support each other. Everyone's safety should be our first priority. Sabse pehle Pakistan ????????

Former cricket star Wasim Akram said he was “deeply disturbed” after hearing the news. “Our prayers with Imran Khan and everyone there. We as a country must come together and not allow anyone to distort our national unity.”

Apart from celebrities and social media personalities, political leaders from all over the world have also condemned the attack, and prayed for Khan's recovery.