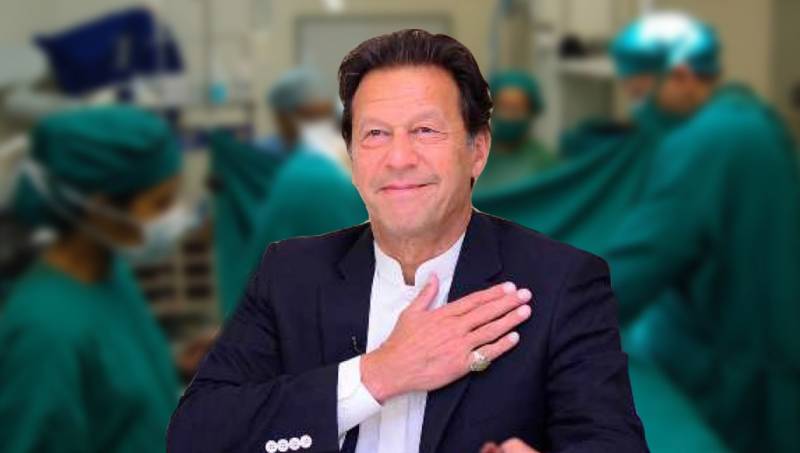 WAZIRABAD – The ousted prime minister and chairman of PTI is recovering in hospital after an assassination attempt.

The defiant politician was rushed to Shaukat Khanum Hospital, where surgeons removed bullet fragments after he was shot in the leg during long march. Khan’s leg surgery continued for one and a half hours and he was later shifted to a private room after a successful operation.

A day after the attack, a clip of the populist leader surfaced showing him sitting in a hospital bed donning a hospital gown with plaster on one leg.

Earlier, Khan’s physician told the media that he is doing fine after escaping with at least one bullet wound to his leg.

On Thursday, a huge number of PTI supporters marched alongside the container on foot and some on vehicles toward today’s destination, when a gunman, who appears to be aged between 30 to 40 years, attempted to target the PTI leaders, who were standing on the container’s roof.

The PTI chief and other leaders, including Senator Faisal Javed, Umar Dar, and Ahmed Chattah, are among the eight people injured in the incident while a citizen, identified as 42-year-old Moazzam, died on the spot.

Videos shared on social media shows the attacker waving gun in the air and firing bullets when one of the PTI supporters jumps on him to snatch the pistol.

Onlookers said that the attacker was carrying a automatic pistol and he missed the target after he was captured the long march participants.