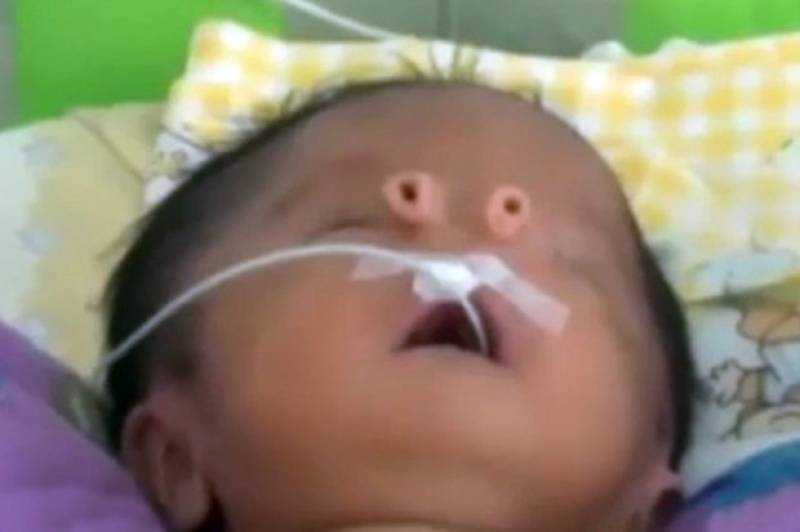 WEB DESK (Web Desk) -  A baby was born with two noses instead of one in Western Peru, Daily Mirror reported

Baby Angelito has a rare disorder called the Patau syndrome which happens once in every 10,000 to 15,000 births.

Paediatrician Jose Castillo said that the baby is stable, breathing fine, and taking down the food being given to him.