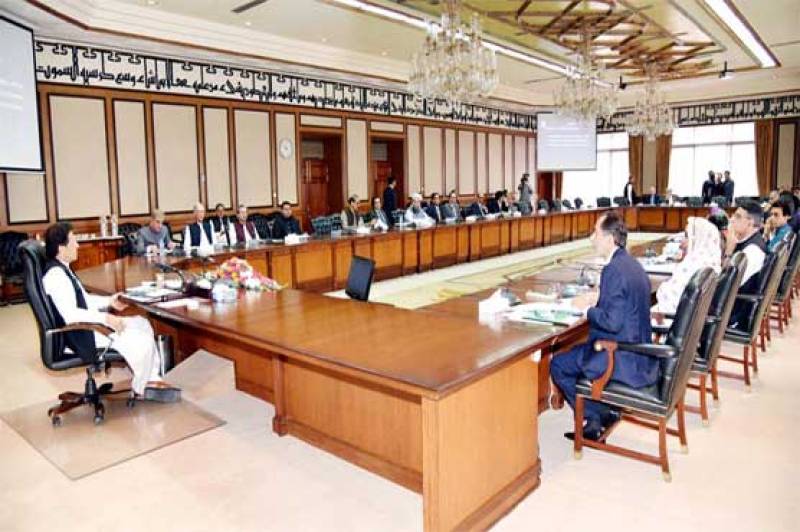 ISLAMABAD – The federal cabinet discussed a six-point agenda in a meeting chaired by Prime Minister Imran Khan on Thursday.

Minister for Petroleum Ghulam Sarwar and Minister for Information Fawad Chaudhry after the meeting has announced that Pakistan and Saudi Arabia have agreed to set up a state-of-the-art oil refinery in Gwadar.

The cabinet approved a Memorandum of Understanding between Pakistan and Saudi Arabia in this regard and the MoU is expected to be signed at the end of this month or beginning of the next month, said Fawad.

The information minister elaborated, "Saudi Arabia will make an investment of Rs30 billion in Pakistan pertaining to the discovery of oil and gas."

The Petroleum Minister said Pakistan has also offered several other important projects to Saudi Arabia for investment and the Kingdom has promised to consider these proposals. They include North-South and South-North pipelines and exploration of oil and gas in different parts of the country.

ISLAMABAD - Minister for Planning and Development Khusro Bakhtiar has revealed that Saudi Arabia would not be made part ...

Last month, Pakistan invited Saudi Arabia to invest in projects related to China Pakistan Economic Corridor (CPEC), though the government clarified this week that China was still the only true partner.