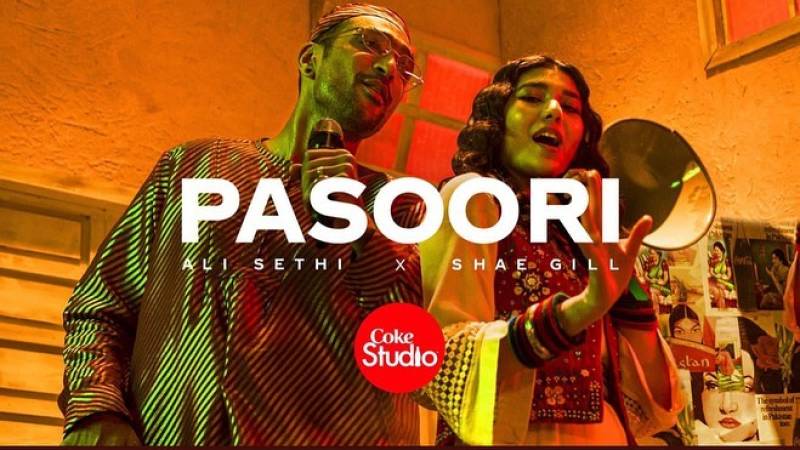 Pakistani music industry's record-breaking song of the year, Pasoori, has been unlocking new achievements every other day.

With Ali Sethi and Shae Gill's extraordinary vocals, the influence of different cultures and its catchy melody, Pasoori has received a number of renditions from music enthusiasts to famous Bollywood and Lollywood actors. According to multiple media outlets, a college boy hailing from India performed the song on a musical string instrument called veena.

The boy, named Sumatindra Korti, shared the video of his performance on Instagram that received praise from netizens all over the world. The Coke Studio season 14 banger when performed by Korti put the crowd into a frenzy as they cheered for the young boy to perform the whole song.

Gill, who originally sang Pasoori and gained acknowledgment from netizens and critics, also dropped a comment for Korti, appreciating his twist on the chart buster.

The Instagram post garnered a whopping 2.5 million likes and 20 million views, including the 11K+ comments oozing love and praise for Korti.

Pasoori has been the favourite of many Bollywood actors including Kriti Sanon, Shilpa Shetty, Bhumi Pednekar, Arjun Kapoor and Rhea Chakraborty. The Dutch singer Emma Heesters also dropped her rendition, while the American singer Britney Spears took to Instagram to share a reel featuring the Coke Studio hit.

For the unversed, Pasoori is the first Pakistani Coke Studio song that featured on Spotify's "Viral 50 - Global" chart. The song also featured in the series Ms. Marvel, reaching 300 million views on YouTube. Pasoori is written by Sethi and Fazal Abbas, composed by Sethi and Xulfi, and produced by Abdullah Siddiqui and Xulfi.

Pakistani singer Ali Sethi is celebrating 300 million views of ‘Pasoori’ on YouTube. The song became an ...