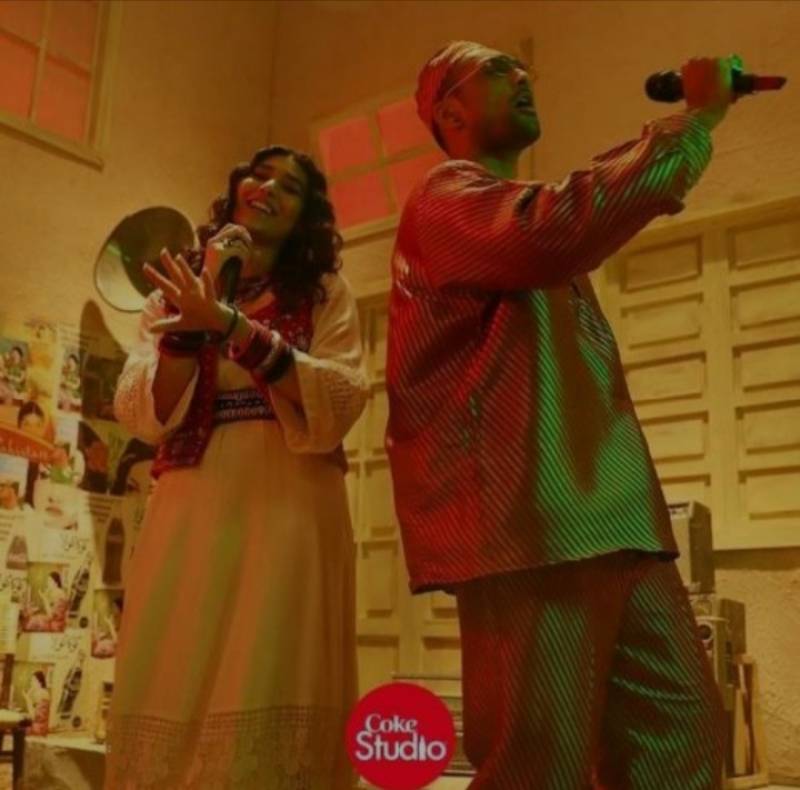 The song became an instant hit when the Coke Studio single dropped and stayed atop the charts even half a year later. The Rung singer shared a compilation video with BTS clips from the official music video captioned, “300 million”. The banger also features upcoming singer, Shae Gill.

Sethi and Gill garnered accolades from celebrities across boundaries and made it to Hollywood as well when American singer Britney Spears shared a video with the song featured in the background. Pasoori was even featured in the recently released Ms. Marvel.

Pasoori was featured in Coke Studio’s season 14, releasing in early February. The song was written by Sethi and Fazal Abbas, composed by Sethi and Zulfiqar J Khan (Xulfi), and produced by Abdullah Siddiqui and Xulfi. It also rose to the third spot on Spotify’s global chart.

With the release of Pasoori, Ali Sethi’s already soaring fame reached new levels. Shae Gill, whose fame skyrocketed quite counterintuitively, had netizens eager to learn more about her. Gill’s renditions and covers of different songs and gazals also went viral on the internet.

Singer Ali Sethi is a powerhouse of talent who has mastered the art of storytelling through his soulful ...