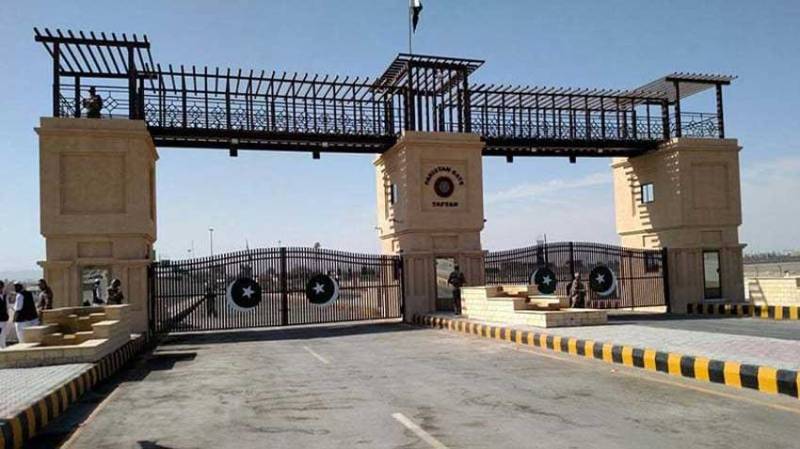 QUETTA – Iran has reopened its Taftan border crossing with Pakistan, a Pakistani official said on Monday.

Tehran closed its border with Pakistan over the weekend amid unrest in the southeastern town of Zahedan, leaving scores of Pakistanis stranded on the Iranian side.

In Iran, violence broke out in the capital of Sistan and Balochistan province after Friday prayers as worshipers at a local mosque called protests over the rape of a 15-year-old girl, allegedly by a local military commander.

A provincial intelligence chief of the Islamic Revolutionary Guard Corps, Ali Mousavi, was shot during the clashes and pronounced dead at a hospital.

In response to the violence, in which the administration of Sistan and Balochistan has said 19 people were killed, Tehran shut down communication services in Zahedan and its surrounding areas and sealed the border crossing at Taftan in Chagai District in the Pakistani province of Balochistan.

The border between Pakistan and Iran is more than 600 miles and movement between the two countries is common, especially among Pakistanis who travel to Iran on religious pilgrimages. It is also a crucial trade route.

Chaghi Additional Deputy Commissioner Badal Dashti said Iran opened the gates on its side of the Taftan crossing on Monday, and normal movement had been restored.

With the Taftan crossing sealed for over two days, many Pakistanis were stranded on the Iranian side. They reported on their return that fighting had decreased in Zahedan and moved to the city’s outskirts amid a heavy deployment of troops.

Iranian officials have not commented as yet on fresh troop deployment in Zahedan or its surrounding areas.

The deaths of security personnel and the provincial IRGC intelligence chief have been a major escalation in anti-government demonstrations that began in Iran in mid-September, triggered by the death of a 22-year-old woman, Mahsa Amini, in the custody of Iran’s morality police.

The protests continue and have spread to all of Iran’s 31 provinces, with ethnic and religious minorities joining in, despite a violent response from authorities.

The independent Iran Human Rights NGO estimates at least 133 people have been killed by security forces since the beginning of the protests, over three time the number reported by Iranian state media.