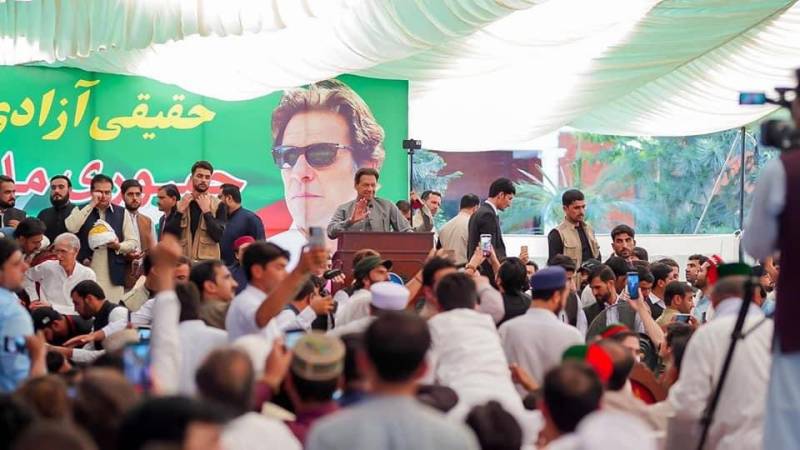 PESHAWAR – PTI leaders from Peshawar district have pledged to fully participate in the party's movement for fresh general elections in the country.

The PTI leadership took oath from the Peshawar region’s office holders during a meeting where former prime minister Imran Khan was also present.

“I do solemnly swear that I will not hesitate to make any sacrifice for the sovereignty of the country and we will take part in the Haqeeqi Azadi movement as Jihad,” the PTI leaders read the oath.

Speaking on the occasion, Imran Khan asked the party leaders to be ready as he could give a call for the movement anytime in the next few days.

“The thieves, who have been looting the country for 30 years, have been imposed on us again and this time they have come into power just to end their corruption cases,” Khan said.

“I have taken the stand for the nation,” the PTI chief said, adding that he had not personal enmity towards anyone.