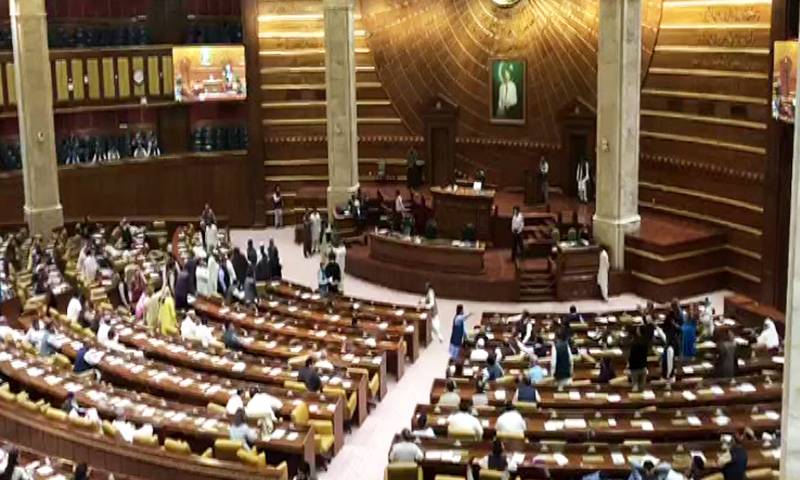 LAHORE – PTI and PML-Q lawmakers walked out of the assembly on Saturday after police entered the hall of the Punjab Assembly and briefly arrested at least four ruling party members for attacking the deputy speaker and creating a fuss.

Following the unprecedented violence, the voting is underway to elect a new Chief Minister of the country’s most populous region.

Deputy Speaker Dost Mazari, who was assaulted earlier in the day, said he would conduct voting in line with the rules, saying he would not come under pressure. The election will take place at all cost and the result would also be announced today, he told local media correspondents.

He alleged that both sides attempted to delay the election, while he mentioned that dissident members from any party will be allowed to cast their votes today.

Imran Khan-led PTI is supporting PML-Q’s Chaudhry Pervez Elahi for the coveted slot, while joint opposition in Punjab has nominated Hamza Shahbaz of PML-N for the position.

As cops retained control of the house, they escorted outgoing Speaker Pervaiz Elahi out of the assembly hall who suffered injuries.

Meanwhile, a scuffle also broke out between the PML-N and PTI lawmakers as anti riots forces move to remove Elahi from the house.

Earlier in the day, Punjab Assembly acting speaker Dost Muhammad Mazari was assaulted as he arrived in the house to preside over the PA session being held to elect the chief minister.