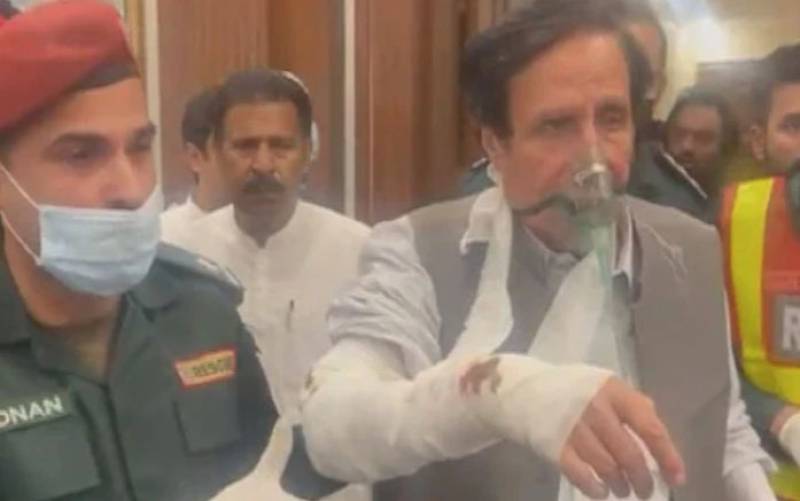 LAHORE – Amid the hullabaloo and violence, several members of the Punjab Assembly sustained injuries including outgoing Speaker Chaudhry Pervaiz Elahi.

Reports in local media said Elahi was escorted out of the house during the attack by the opposition leaders.

Rescue personnel first provided medical aid to him while he was later shifted to a medical facility. The seasoned politician reportedly suffered a broken arm and is also facing shortness of breath.

Elahi also pointed out that PML-N leaders including Rana Mashhud tortured him on the 'direction' of Hamza Shehbaz, the candidate for new Punjab CM and son of elected PM Shehbaz Sharif.

Clips show cops in riot gear trying to remove members from the hall who had stalled the house's proceedings.

Punjab assembly met today to elect the new chief minister, however, the session turned violent as soon as it began Saturday.

PTI members hurled lotas in the assembly hall as deputy speaker Mazari arrived at the dias to chair. He was then slapped by the members after which he was escorted by the Seargant-At-Arms.