MBs felicitates Shehbaz, extends invitation to pay an official visit to the Kingdom 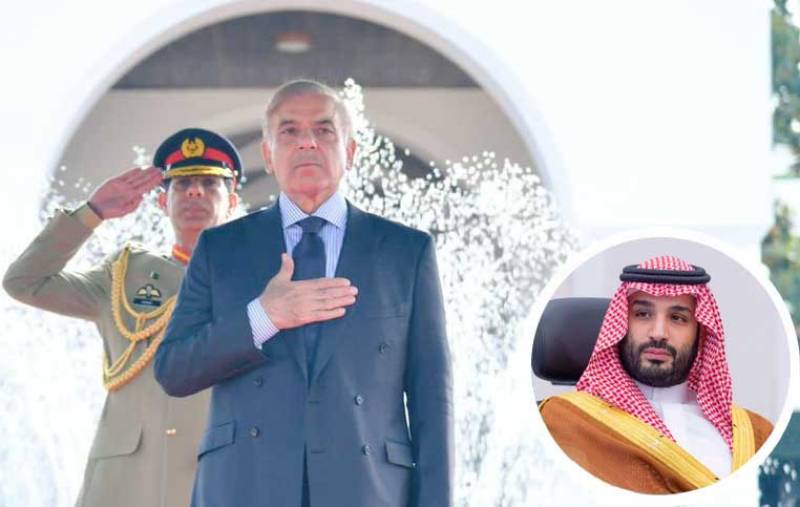 During the telephonic conversation, the two leaders agreed to work together to further augment and diversify the bilateral ties in all spheres, in a particular trade, investment, and employment generation opportunities.

Recalling the fraternal and historic bonds between the two friendly nations, PM Shehbaz reaffirmed his commitment to further advance these relations to new heights.

The Prime Minister and the Crown Prince agreed to work together to further augment and diversify their bilateral ties in all spheres, in particular trade, investment and employment generation opportunities.

He also thanked the MBS for the felicitations and expressed his resolve to work closely with Saudi Arabia.

PM Shehbaz paid rich tributes to the Custodian of the Two Holy Mosques King Salman bin Abdulaziz and Crown Prince Mohammad Bin Salman for achieving remarkable progress and development of the Kingdom, under their visionary leadership.

Prime Minister Shehbaz Sharif is expected to travel to Saudi Arabia in his first foreign trip after taking charge. Reports said the premier will perform Umrah and meet the Saudi leadership.