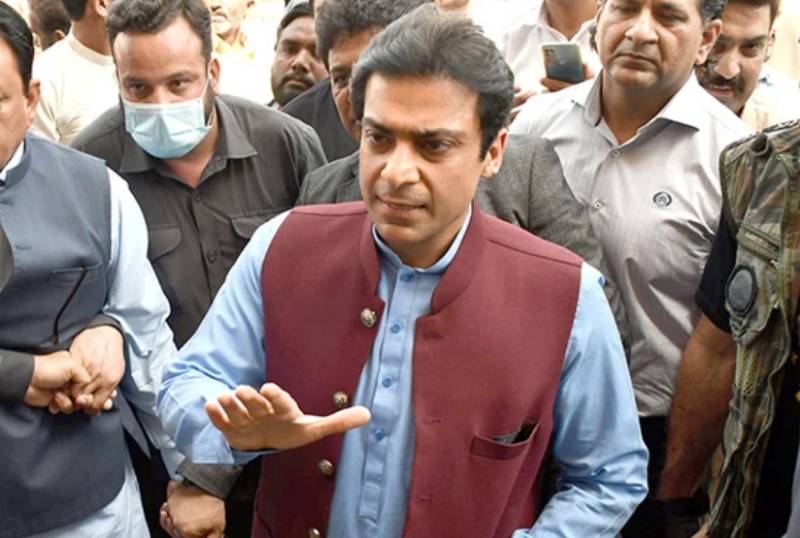 PML-N leader got 197 votes to beat the PML-Q leader, whose party PML-Q and Pakistan Tehreek e Insaf boycotted the election that began after more than five hours of delay following several violent incidents.

PML-N Vice President also cheered as she shared a post after Hamza got elected as the chief minister.

Some of the PTI dissident lawmakers participated and voted for Hamza Shehbaz, who got 11 votes above the simple majority of 186 required for the election. On the other hand, Pervaiz Elahi received one vote cast by Fayyaz ul Hassan Chohan.

The deputy speaker while announcing the results of the election, called it a ‘success of democracy’ and appreciated the role of the lawmakers who took part in the voting.

The session was initially scheduled to start at 11:30 am but it got delayed till 5pm, following which the deputy speaker ordered that the doors of the legislature be closed and commenced the procedure for voting.

The commotion started in the morning and continued for hours as law enforcers rushed to the assembly after Deputy Speaker Dost Muhammad Mazari was assaulted by PTI members.

Later, Pervaiz Elahi was attacked by PML-N members as there was more disturbance in the assembly. The seasoned politician was later seen with a crepe bandage on his left arm and wearing an arm sling.

Chaudhry, who complained of shortness of breath, said MPAs at the instigation of Hamza Shehbaz assaulted him and broke his arm.

Clips from inside the assembly hall showed anti-riot force trying to remove members from the hall who had stalled the house's proceedings by occupying the speaker's dais. Punjab IGP was also involved in the attack, the PML-Q leader alleged, adding he will never forgive the Sharifs for the violent incidents.

Punjab Assembly session was called after the Lahore High Court rejected the pleas of Speaker Pervaiz Elahi and restored the powers of Mazari to conduct the election on April 16.

Amid the change in the federal government, Pervaiz Elahi withdrew the deputy speakers’ powers after their disagreement on the session's date. Mazari then moved to Lahore High Court which overturned the speaker's decision.

Last month, the joint opposition parties submitted the no-confidence motion against former Chief Minister Usman Buzdar, he later stepped down leaving the motion to be unsuccessful.

Ruckus in Punjab Assembly as election for new CM today