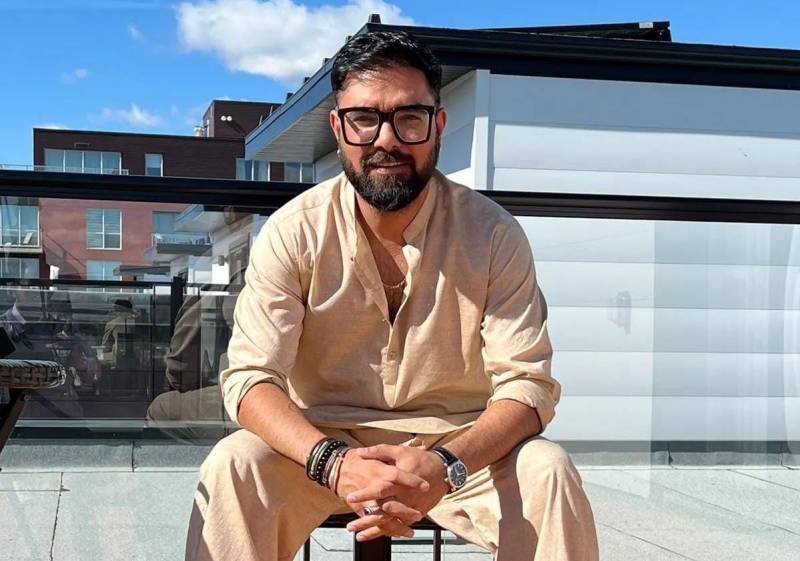 Lollywood's VJ turned actor Yair Hussain has taken up the duty to school those in the entertainment industry who deliberately forget the legends of yesteryears.

Hussain voiced his concern at social media platforms about the entertainment industry's failure to recognise the contribution of the legends like late comedians Umer Sharif and Amanullah Khan.

Hussain took the step after witnessing the Indian comedian Raju Srivastava being paid tribute after he passed away on September 21.

Bollywood comedian Kapil Sharma hung a digital board on the set of his show The Kapil Sharma Show to pay homage to the legend.

Hussain appreciated this gesture and demanded that Pakistani giants be given the same protocol.

The Badshah Begum actor took to his Instagram stories and shared a screengrab from the comedy show and wrote, “The Kapil Sharma Show is paying tribute to Raju Srivastava and here no one does anything on TV for Umer Shareef and Amanullah."

Hussain asked if the society “lacks common sense or doesn’t respect seniors enough” and then clarified that he was asking the question to himself and not to his followers.

For the unversed, a special episode of The Kapil Sharma Show will feature a number of comedians paying tribute to Srivastava, according to Jayvijay Sachan.

All renowned comedians came together under one roof to pay a tribute to Late #RajuShrivastava ji. Catch us all on The Kapil Sharma Show on coming Saturday-Sunday. #TheKapilSharmaShow #Tribute pic.twitter.com/PccXFLCX5j

Yasir Hussain is an accomplished actor and host who gained a reputation for his impeccable performance in Baandi.