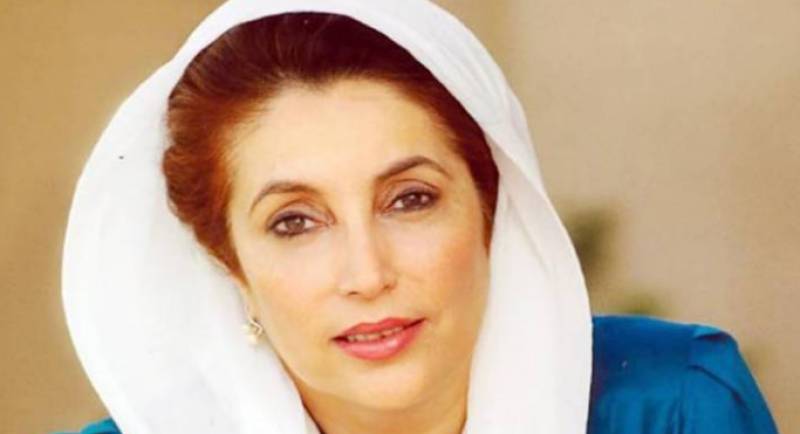 Pakistan Peoples Party (PPP) will hold a Jalsa in Liaquat Bagh, where the former prime minister was assassinated in a gun and bomb attack in Rawalpindi on December 27, 2007.

The Sindh government has announced a public holiday on account of the death anniversary of the former premier.

On Thursday the Lahore High Court’s (LHC) Rawalpindi Bench allowed the PPP to hold a Jalsa at the historic venue of Liaquat Bagh to mark Benazir’s death anniversary. Initially, the district administration had refused to give permission to PPP for holding the rally, citing security concerns.

PPP Chairman Bilawal Bhutto Zardari in his message to mark the 12th death anniversary of Benazir said the people of Pakistan would never forget their brave leader, who sacrificed everything for the country and for the rights of its downtrodden and barefoot masses.

He added that as a young daughter whose father Zulfikar Ali Bhutto was hanged, she fought bravely for the ideals her father embraced the gallows for.

“She led the followers of prime minister Shaheed Zulfikar Ali Bhutto into an untiring struggle against the brutal tyrant in shape of Zia. She suffered solitary confinement, imprisonments and forced exiles while fighting for the restoration of democracy,” said Bilawal.

The PPP chairman pointed out that Benazir defeated the dictatorship and was given power under compulsion after its remnants failed to completely hijack the 1988 general elections. He added that programmes covering health, education, poverty eradication, women development and defence, she launched, put the country onto the path to progress and prosperity.

She lost her father
She hold on her tears

She was in-prisoned
She hold on her strength

She was ridiculed
She hold on her grace

She was demoralised
She hold on her faith

She was killed
She hold on her dreams

Bilawal reiterated his commitment to his mother’s mission and pledged that he would continue the struggle with the support of masses and the party supporters.

He added Benazir Bhutto would continue to live in the hearts and minds of the people as her legacy would never be forgotten in the history of Pakistan and her struggle for democracy, human rights and peaceful society.

“Leadership is not about titles, positions or flow charts; it is about one life influencing another.” #ShaheedBenazirBhutto #BenazirBhutto pic.twitter.com/WAbTsIGe0B

Benazir Bhutto was born on June 21, 1953, in Karachi, the eldest child of former premier Zulfikar Ali Bhutto, who founded PPP. Benazir completed her early education in Pakistan and then went to the United States for higher studies. She graduated from Harvard University with a BA in comparative government. Later, she completed a course in international law and diplomacy from Oxford University.

I can never forget that day, situation of the whole country. My Father was crying like a child. Everyone was in tears. You don't need to be a PPP supporter to respect this lady. You just need to be a patriot. Remembering The Daughter of East, A Leader, The Great #BenazirBhutto pic.twitter.com/hGSImdO1Js

After she returned to Pakistan in 1977, she was placed under house arrest after a military coup overthrew her father’s government. A year later, General Mohammad Zia-ul-Haq ordered the execution of her father for allegedly authorising the murder of an opponent. Eventually, she inherited her father’s leadership of PPP.

However, strict restrictions were imposed on her family due to which she moved to England in 1984 and returned on April 10, 1986, and campaigned for elections.

She married Asif Ali Zardari on December 18, 1987, and the couple has three children; Bilawal, Bakhtawar and Aseefa.