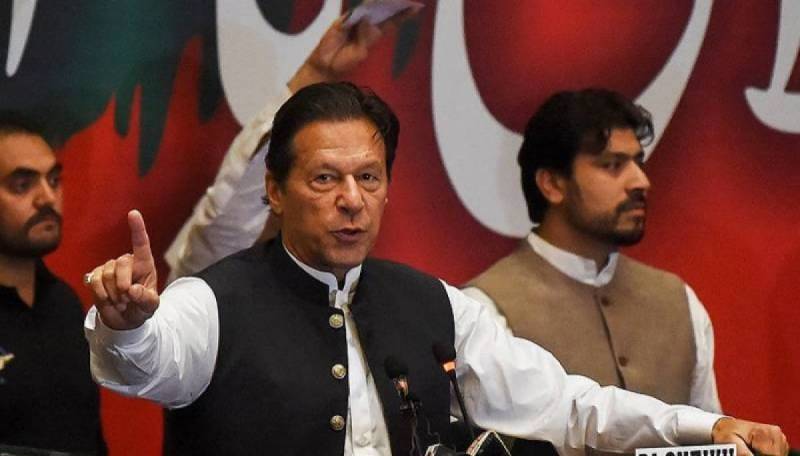 ISLAMABAD – Former Pakistani Prime Minister Imran Khan urged the concerned authorities to probe intelligence agencies, who according to the PTI chief are responsible for a major security breach at PM House.

In his latest interview with a local news channel, the defiant politician equated leaked audio recordings of the country’s premier to a serious threat to national security, pointing out that the conversations may contain some issues that could be useful for hostile foreign elements.

Khan stressed that the real task of the security agencies was to defend its borders, not indulge in political engineering. “Question must be asked from concerned officials as to who is responsible for this major security breach at the PM House,” he said.

“The agencies should think about their actions,” the outspoken politician said, lamenting that even the audio of his wife, Bushra Bibi, was earlier leaked.

In his leaked audio, Khan, his then principal secretary, and other PTI leaders including Asad Umar and Shah Mahmood Qureshi discussed the strategy to set the stage for a narrative around the cipher.

Earlier, Prime Minister Shehbaz Sharif also termed the leaks as a serious security lapse and announced the formation of a high-powered committee to probe the issue.