No more train bookings till Oct 20 as operations halted again 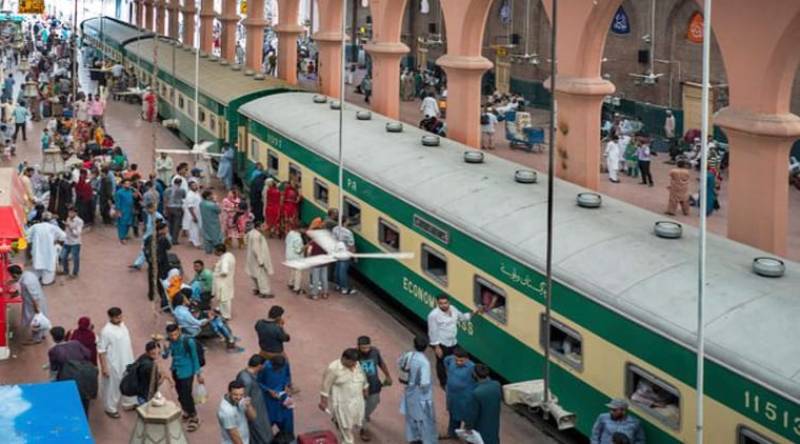 In the recent orders, the authorities were directed to put off the booking of trains until October 20 as operations of several coaches including Shalimar Express, Shah Hussain Express, Tezgam Express, and Awam Express have been stopped.

The development comes as officials warned that flood water on the track can lead to major accidents while maintenance of the track signals system and bridges is underway.

Meanwhile, a notification has been issued to all reservation offices and divisional commercial officers, while passengers who have booked various trains will be given full refunds.

This is reportedly the 17th notification about the suspension of train operations while Railways suffered more than Rs22 billion worth of financial loss.

LAHORE – Pakistan Railways has announced an increase in fares of passenger trains as operations restarted after ...

The unprecedented floods have badly affected the railway's tracks, yards, and other infrastructures and some of the tracks are still under water at various spots in flood-hit regions.

Days after embarrassing audio leaks of top politicians surfaced, hackers have now taken down the ticketing system and ...