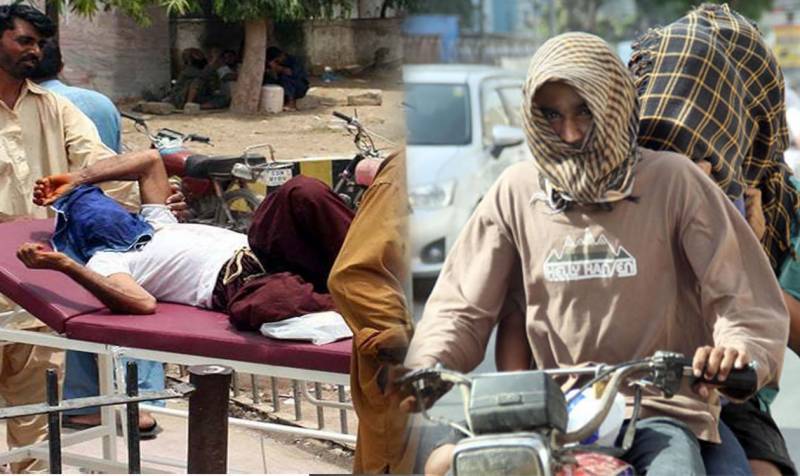 KARACHI – The Pakistan Meteorological Department has warned that the day temperatures are likely to remain unusually high in most parts of the country until Thursday.

“Occasional dust storm/dust raising winds may also occur in afternoon/evening during the period,” the Met Office said in a statement.

The heat wave is likely to be followed by the rain spell in upper and central parts of the country, it added.

General public has been advised against venturing in the direct sunlight to avoid heatstroke.

“Dry period and heat wave conditions in the country may cause water stress to the standing crops, vegetable and orchards,” read the statement.

Last month, Pakistan witnessed an extreme heatwave as temperatures soared above 50 degrees Celsius in the south.

Earlier, the Ministry of Climate Change also confirmed that Pakistan entered into summer from winter without experiencing a spring.

LAHORE - Of the 15 hottest places in the world in the past 24 hours, four were in according to weather monitoring ...