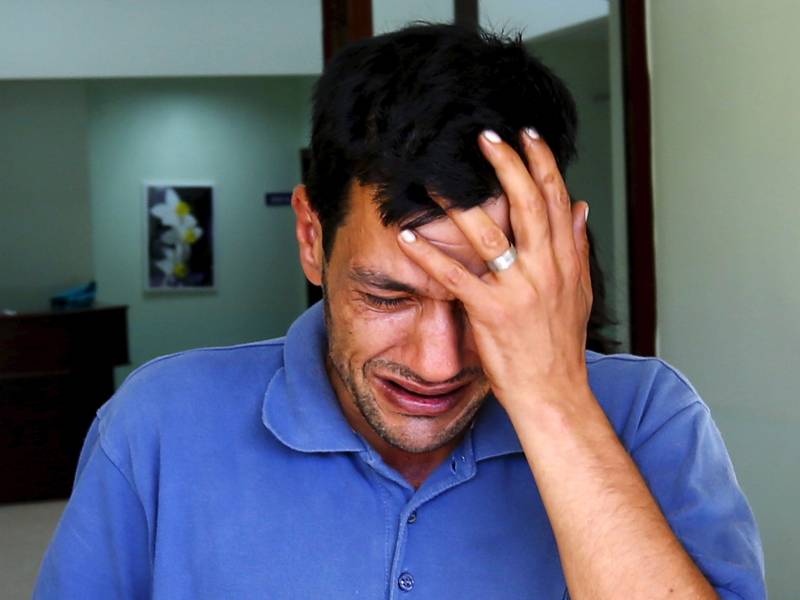 LONDON (Web Desk) - The father of the drowned Syrian boy who was photographed lying lifeless on a Turkish beach has said he is preparing to take the bodies of his two sons and wife to be buried in his home town of Kobani, The Guardian reported.

Abdullah Kurdi, a Kurdish Syrian who has been in Turkey for three years and previously lived in Damascus,said he no longer had any desire to continue on toEurope.

Speaking outside the mortuary where the bodies of his two sons were being held, Kurdi said: “I just want to see my children for the last time and stay forever with them.”

Kurdi described what had happened on board the boat heading for Greece, saying the captain had panicked because of high waves and jumped into the sea, leaving him in control of the small craft. 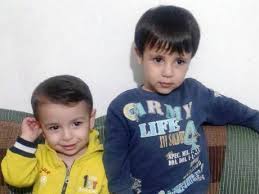 “I took over and started steering. The waves were so high and the boat flipped. I took my wife and my kids in my arms and I realised they were all dead,” he told AP.

Three-year-old Aylan, five-year-old Galip and their mother, Rehan, were among at least 12 people who died on the boat headed for Greece. The boat was part of a flotilla of small dinghies boarded by passengers at Akyarlar, the closest point to the Greek Aegean island of Kos.

The Turkish state-run news agency Anadolu said police had detained four suspected people smugglers thought to be linked to the tragedy. Anadolu said the four, including at least one Syrian citizen, were detained on a beach on the Bodrum peninsula and would appear in court later on Thursday suspected of acting as intermediaries for illegal crossings.

The deputy district governor Ekrem Aylanc told the BBC that the Kurdi family had been in Turkey for three years before deciding they should move on to Europe. The process of repatriating the bodies of the three family members is set to begin later on Thursday, authorities told the broadcaster.

The family are understood to have been trying to travel to Canada where relatives had pledged to sponsor their asylum claim.

Mustefa Ebdi, a journalist in Kobani, said the Kurdi family had been forced to move several times during the Syrian conflict and left the country in 2012. He said the correct family name was Shenu, but that Kurdi had been used in Turkey because of their ethnic background.

“I tried to speak to him [Abdullah], but I couldn’t because he just started crying,” he added.

Speaking to Canadian press on Wednesday night, Abdullah Kurdi’s sister Tima, a hairdresser in Vancouver who emigrated 20 years ago, said the family’s application had been rejected.

“I was trying to sponsor them, and I have my friends and my neighbours who helped me with the bank deposits, but we couldn’t get them out, and that is why they went in the boat,” she said. “I was even paying rent for them in Turkey, but it is horrible the way they treat Syrians there.”

She posted a Facebook tribute with pictures of the two small boys, saying: “My deepest condolences to my brother’s family who suffered a tragic death in search of a better life. Where is the humanity in the world? They did not deserve this. My heart is broken. Rest in peace Angels.”

Terry Glavin, a Canadian journalist, told BBC Radio 5Live that Tima Kurdi had told him how her brother had desperately tried to save his family.

Tima Kurdi’s local MP, Fin Donnelly, who supported the family’s bid for asylum in Canada, said the woman was distraught. “This tragic loss is just heartwrenching to go through. She was just completely upset and heartbroken.”

Donelly said there had been tentative suggestions about holding a memorial service for the family in Canada, but nothing had been decided. “She did say that she’s spoken to her brother and it’s very hard for him to even want to stay alive at this point, knowing what he’s going through.”

Only applicants who have been formally designated refugees can make the G5 application that Kurdi’s sister would have sponsored, and many Syrian Kurds have reported difficulties getting their applications processed in UNHCR camps in Turkey. Turkey will not issue exit visas to refugees if they do not have official status.

This week the Turkish coastguard said it had rescued more than 42,000 people in the Aegean Sea in the first five months of 2015, and 2,160 in the past week. More than 100 were pulled from the sea on Wednesday night alone while trying to reach Kos, the coastguard told AFP.