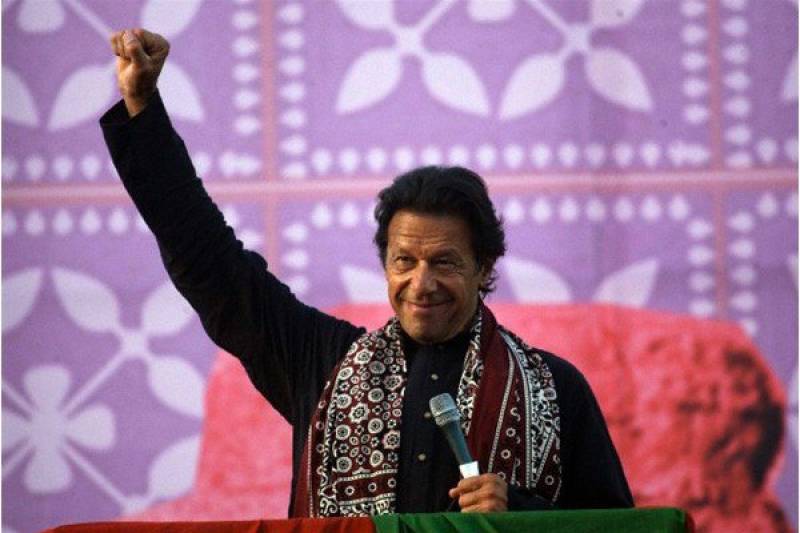 Talking to journalists in Daharki, the PTI chief claimed that their vote-bank in the province was created by spreading hatred among people.

He said that law and order situation in Karachi has improved as a result of successful targeted operation conducted by Rangers.

Criticising the Muttahida Qaumi Movement (MQM) and Pakistan Peoples Party (PPP), Khan said corruption was on the rise in the province. He stressed the need for taking steps to eliminate corruption from the province.

"Karachi cannot be separated from Sindh and there is an apparent tug of war between the MQM and PPP in Sindh for power, however, they are allies in real," the PTI chief said.

He announced that his party’s alliance will be with the poor people of Sindh.

"We will reach out to every nook and corner of Sindh to mobilise people.

"In Sindh, farmers and animals have the same suffering and no one is bothered by that. The powerful ruling elite in the province themselves don t follow the rule of law."

He said Sindhi people are paying for the rulers' corruption. “I have been saying this for 19 years that I had never seen this much poverty anywhere in Pakistan that I have seen in the interior Sindh,” the PTI chairman said.

"We will bring people up from every socio-economic status."

Khan remarked that future of the PPP is doomed. "The PPP had ideological workers support but Asif Ali Zardari has ruined the party. Even the military dictators did not damage PPP as much as Zardari did."

Khan said the best solution to Sindh s problem is the devolution of power to grass root level through an empowered local government system.