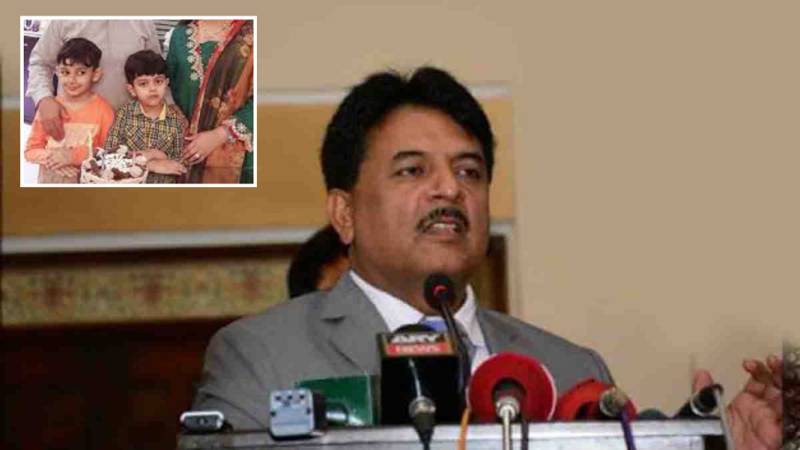 Reports in local media quoting sources said the boys – Ahil,9, and Arish, 8 – were rushed to a medical facility in Lahore on Friday after allegedly being poisoned.

On August 31, an FIR was lodged on the complaint of Jamshed Cheema's wife Musarat Jamshed Cheema at Mustafa Town police station which stated that the elder boy was first shifted to the hospital after his health deteriorates.

It further added that doctors after checking the boy told parents that the symptoms depicted like he got poisoned. Soon after the 9-year-old got medical treatment, the younger boy started complaining pain in throat and intestines, the family then again rushed to the hospital.

ISLAMABAD – Pakistan Tehreek-e-Insaf leader Jamshed Iqbal Cheema has been appointed as Special Assistant to the ...

Meanwhile, police have arrested six employees of PM’s aide including his guard and chef while further investigations are underway.

The family also added that both the children have been shifted to home and are now in good health.

KARACHI – A maid, who was hired a day earlier, in Karachi’s Gulshan-e-Iqbal area, poisoned her employers ...