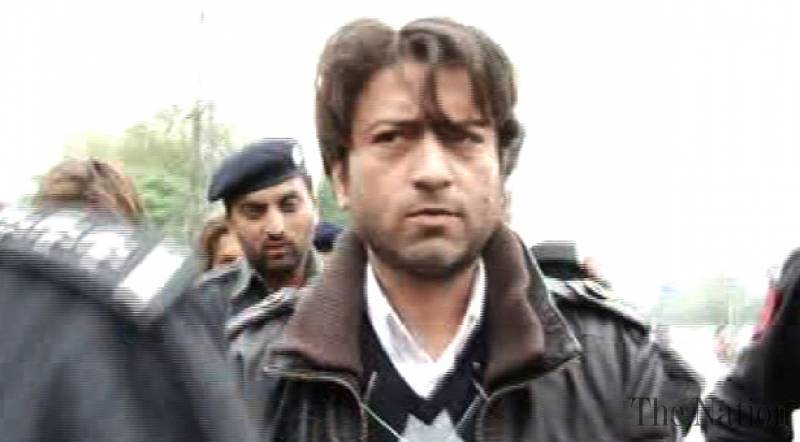 LAHORE (Web Desk) - Mustafa Kanju, son of former Minister of Foreign Affairs Siddique Kanju, confessed to firing the shots that resulted in the death of Zain, a 16-year-old orphan.

However, Kanju asserted he was not intoxicated at the time, and that he resorted to aerial firing as he became enraged after an accident. He said Zain was not his target, nor did he intend to kill him or anyone else.

Forensic reports reveal Kanju's fingerprints are on a Kalashnikov firearm that was recovered from the scene.

Kanju had been sent on an eight-day physical remand on Friday after a hearing at an anti-terrorism court (ATC) on Friday.

During the hearing, Kanju argued the fact that he fired shots did not mean they led to Zain's death. Claiming to be innocent of the killing, he said the police and the victim's relatives were conspiring to trap him in the case.

The lawyer of the accused stated that Zain had fallen victim to cross-firing between Mustafa and his 'opponents' - who have yet to be identified - and that Kanju had no personal enmity with Zain.

Kanju was infuriated after his luxury car accidentally hit the vehicle of a woman in Cavalry Ground. He opened indiscriminate fire and bullets hit Zain, 16, a motorcyclist, and Husnain, 18, who had come out of the house after hearing the noise.

Zain, a class-IX student, died on the spot and Husnain was critically injured.

Sources claimed six security guards of Kanju were arrested on Wednesday night from his residence in Old Cavalry Ground. Police also recovered empty shells of a gun from the crime scene and later seized the gun used in the incident.

On Thursday, Chief Minister Shahbaz Sharif took notice of the incident, ordered arrest of the suspect and announced Rs0.5m for the family of the deceased. He also assured them of the provision of justice.

There were confusing statements about the incident by police, which also contradicted eyewitness accounts.

Eyewitnesses had told the media that it was Kanju who had allegedly opened fire. The woman whose car was hit by Kanju managed to escape and bullets hit the two boys.

A policeman, who claimed to be the first official reaching the spot after the shooting, said, on the condition of anonymity, that Kanju’s car had accidentally collided with another car in the street. He alleged Kanju, who was accompanied by a girl, was drunk.

He came out of the car and started shouting at the woman, blaming her for the accident. He said some people had gathered there and they tried to convince Kanju it was not the woman driver’s fault. This infuriated Kanju who called his guards and resorted to ‘aerial firing’ while bullets hit the two boys.

The victim's uncle, Sohail, told the media persons that his family had been getting threat calls from Kanju’s family, asking them not to pursue the case.