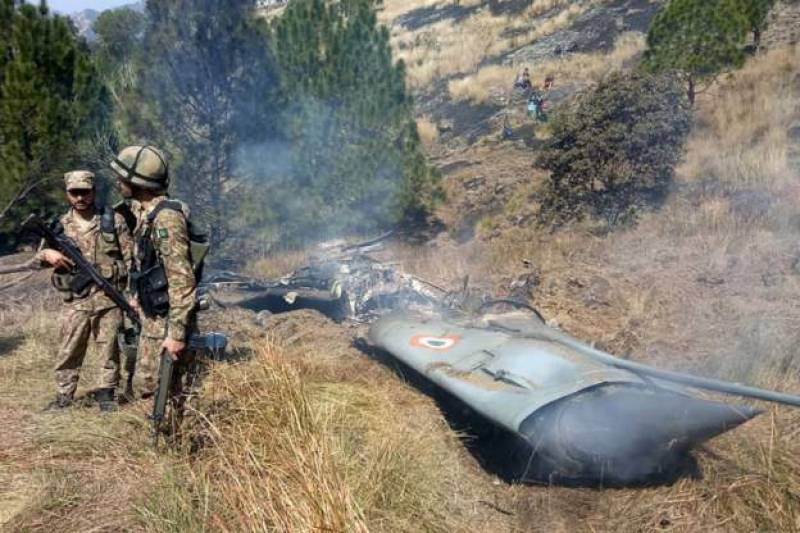 RAWALPINDI – Pakistan’s military spokesperson Major General Asif Ghafoor has schooled India after its claim of shooting down Pakistan’s F-16 in an aerial dogfight between the two sides in February was debunked by US defense officials.

“Allah be praised, truth always prevails,” the director general of the Inter-Services Public Relations said in a tweet on Friday.

Allah be praised, truth always prevails. Time for India to speak truth about false claims & actual losses on their side including the second aircraft shot down by Pakistan. India needs introspection especially over atrocities in IOK. Region needs peace, progress & prosperity. https://t.co/5eCsQDSDYD

“Time for India to speak truth about false claims & actual losses on their side including the second aircraft shot down by Pakistan. India needs introspection especially over atrocities in IOK.

The ISPR chief’s tweet came after two senior US defense officials with direct knowledge of the situation told Foreign Policy magazine that US personnel recently counted Pakistan’s F-16s and found none missing.

The findings directly contradict the account of Indian Air Force officials, who claimed that in an aerial duel on February 27 - a day after its war planes dropped bombs in Balakot - that Wing Commander Abhinandan Varthaman had engaged with one of the Pakistani fighter jets that targeted Indian military facilities and shot it down before he was hit and forced to eject.

Varthaman was captured by Pakistan Army was returned to India amid attempts to de-escalate the crisis between the two sides.

The Indian Air Force had on February 28 displayed pieces of the AMRAAM missile, fired by a Pakistani F-16, as evidence. But that, by itself, does not offer any clues on whether Varthaman had shot down a Pakistan Air Force F-16, as has been repeatedly claimed by the government and the IAF.

According to the Foreign Policy magazine, Pakistan invited the United States to physically count its F-16 planes after the incident as part of an end-user agreement signed when the foreign military sale was finalized.

"A US count of Pakistan's F-16 fleet has found that all the jets are present and accounted for, a direct contradiction to India's claim that it shot down one of the fighter jets during a February clash," correspondent Lara Seligman of the magazine reported.

The count has been completed, and "all aircraft were present and accounted for", an American official is quoted as saying.

The count, conducted by US authorities on the ground in Pakistan, casts doubt on India’s version of events, suggesting that Indian authorities may have misled the international community about what happened that day, the magazine said.

The F-16 aircraft are manufactured by US weapons manufacturer Lockheed Martin, and have formed the backbone of Pakistan's air force for decades. A large number of the F-16s were purchased by Pakistan under a US security aid programme, which imposes certain limits on how the aircraft can be used.

Those restrictions however do not apply to Pakistan's entire fleet of F-16s, and Islamabad says all of its aircraft – whether purchased outright or through US aid – can be used in legitimate cases of self-defence, such as the engagement on February 27.