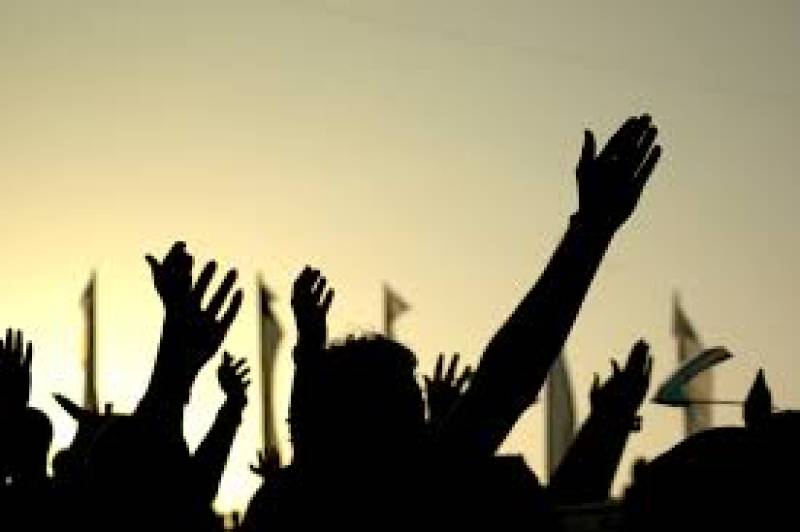 LAHORE – Protest has been staged outside Governor House in Lahore against unavailability of ration bags amid the lockdown in the city to control the spread coronavirus.

According to media reports, the protesters said that they were called to take ration bags but nothing has been handed over to them.

The protestors said that they need food to eat at home adding that there are rents to pay in the absence of work and money and they don’t know how to deal with the situation.

The enraged locals also tried to storm the Governor House and chanted slogans against the provincial government.