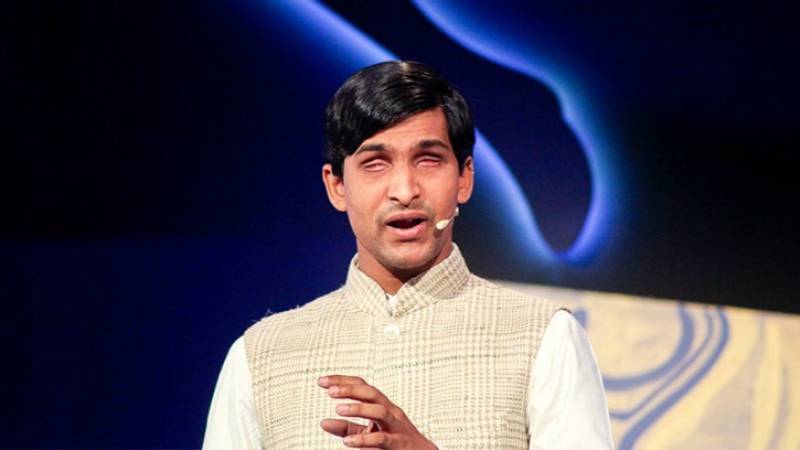 NEW DELHI (Web Desk) - A 24-year-old blind Indian man has astonished the whole world by starting a new company which now has a net worth of INRs 50 crore just four years after its establishment in 2012.

Srikanth Bolla's success story began about a decade ago when he was not allowed to opt science subjects at intermediate level despite securing 90% in the matriculation exam. However, he fought a legal battle and was eventually granted admission after six months.

In the intermediate examination as well, the blind student outshone all other students by obtaining 98% marks.

Afterwards, Bolla was once again refused admission to India's top institutions and the IITs and NIT did not give him a hall ticket for taking written competitive examination.

This situation pushed the ambitious Srikanth Bolla to look for opportunities in foreign countries and he was offered admission along with extensive scholarships at top institutions such as MIT, Stanford, Berkeley, and Carnegie Mellon. He chose Massachusetts Institute of Technology and became the American university's first international blind student.

Upon his return to India after completion of higher education in 2012, Srikanth Bolla started his own venture named Bollant Industries in Hyderabad which today has over 450 employees and Ratan Tata is one of their investors.

Interestingly, the 60% of employees at the company are poor or physically challenged.

In an interview with a local magazine, Mr Bolla described his tale: "I was made blind by the perception of the people when they said you can't do anything, but I look up at the world and said I can do anything".

Srikanth Bolla has also established a Braille printing press in the Samanvai Center for children with multiple disabilities in Hyderabad which provides accessible educational material available to disabled students free of cost.