Islamabad's Buddhist caves to be developed as a tourist spot 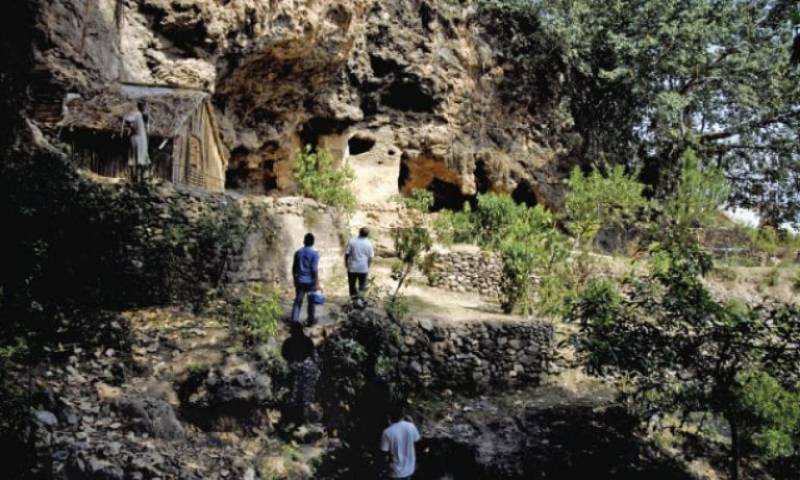 According to details, PM has directed both CDA and ICT to collaborate with the national history and literary heritage ministry for the restoration and development of the Buddha Caves to promote tourism.

The government is actively working to open and develop historic religious sites across the country. Recently, a 1000-year old Hindu Temple was reopened in Sialkot. Plans to open a Gurdwara in Jhelum are also underway.

The caves, located about half an hour from Faisal Masjid, are an important site for the followers of Buddhism and many worshippers who visit the caves often complain about the neglect.

SIALKOT - An ancient temple, closed for the public since 1947, will once open its doors to Hindu worshippers after a ...

Archaeologists say that the Shah Allah Ditta caves date back to the Stone Age, while the Buddhist murals inside the cave are at least 2,500 years. The caves were used in various eras. Some of the surviving frescos depict images of Hindu deities, while a stream in front of the caves also shows that the site remained in the use of Hindus before partition.

The area surrounding the caves is also rich in history. Marked on the ground close to the caves is the location where Alexander arrived and was received by King of Taxila Raja Ambi.

Meanwhile, the road next to the caves that lead to the main top of the mountain is said to be built on the exact path followed by Pashtun emperor Sher Shah Suri during his visit.

PESHAWAR – The Khyber Pakhtunkhwa government has launched the first ever tourism mobile application in Peshawar. The ...