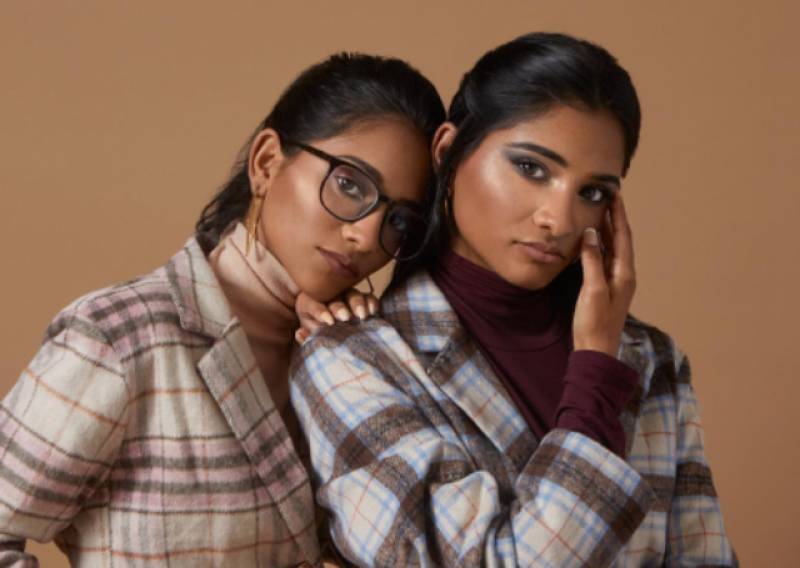 India's Kiran and Nivi Saishankar are the epitome of twin magic. The 21-year-old singers mastered the art of incorporating contemporary American pop with classical Indian music and the internet is obsessed with their creation.

In addition to bringing their melodic harmonies to covers of hits like Pasoori, originally sung by Pakistani singers Ali Sethi and Shae Gill for Coke Studio season 14, the duo also launched their music career with the help of TikTok.

The rendition of the Pakistani smash-hit was uploaded by the sisters on different social media platforms, garnering thousands of views within a day.

Kiran and Nivi joined TikTok in the middle of 2019, but they didn't introduce their unique talent until November 2020. The duo's first cover was of Royal & the Serpent's "Overwhelmed," brought eight million views on TikTok.

The twins original track "1 Last Bye," was inspired by their cousin who passed away earlier this year. The song is set to release on streaming platforms this fall.

The pair has a whopping 35.5 million likes on TikTok alone. Fans from all over the world especially in India and Pakistan could be counted among their loyal viewers in order to promote brown culture.

Since becoming a favourite among many Bollywood and Lollywood celebrities, Pasoori has garnered attention and recognition on an international level with 300 million views on YouTube and earned the third spot on Spotify's Global Chart.

The Coke Studio 14 hit topped the Spotify Viral 50 chart in India as well.

Pakistani singer Ali Sethi is celebrating 300 million views of ‘Pasoori’ on YouTube. The song became an ...