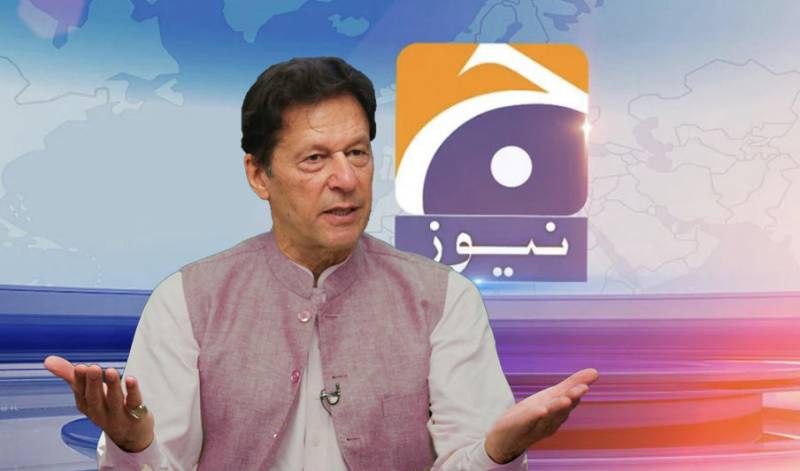 The recent development comes two weeks after a media house, known for its criticism of Pakistan Tehreek-e-Insaf, claimed that Farah Gogi and Shahzad Akbar allegedly sold an expensive Graff wristwatch, which was gifted to Imran Khan by Saudi Crown Prince Mohammed bin Salman, to UAE-based businessman.

In a recent social media post, the former premier announced that he instructed his legal team in Britain to start proceedings against Geo News pursuant to the Pre Action-Protocol for Media & Communications Claims.

He mentioned that a formal letter has been served today on Geo TV Limited in the United Kingdom and they have two-week time to respond.

Had instructed lawyers in UK, incldng Leading Counsel,to start legal proceedings against Geo TV Limited pursuant to the Pre Action Protocol for Media & Communications Claims.A
formal letter of claim has been served today on Geo TV Limited in London & they have 14 days to respond

Last month, Umar Farooq, the Norwegian-Pakistani millionaire, showed up on Geo News programme Aaj Shahzeb Khanzada Kay Sath where he first claimed that he had the evidence to prove he bought the expensive watch and three other Toshakhana gifts from Farhat Shahzadi, a close aide of Imran Khan’s third wife Bushra Bibi.

What is the real value of Toshakhana gifts allegedly sold by Imran Khan?

The luxury watches trader also revealed that they were approached by an undisclosed person, to market this watch using Instagram handle, clarifying that any information about the watch being sold for USD250,000 is baseless.