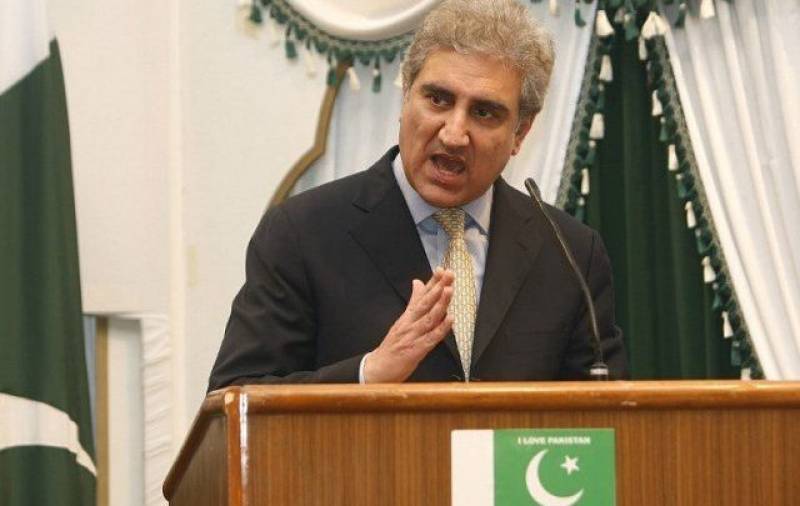 He was addressing an International Conference on Jammu and Kashmir (J&K) held at the British Parliament on Monday, according to a statement issued by the Ministry of Foreign Affairs on Tuesday.

Foreign Minister Qureshi, who is currently in London for the Kashmir Solidarity Day, attended the Conference as the keynote speaker.

In Indian occupied Jammu & Kashmir, humanity is bleeding, No doctrine of state security or sovereignty can justify such heinous acts of violence. Pakistan has and will continue to stand by the people of Kashmir. You are not alone in your just struggle for self determination.

The event was also attended by members of Cross-party Foreign Relations Committee from the Senate of Pakistan, British Parliamentarians, Mayors, and Councilors, Kashmiri leaders, academics, participants from civil society organisations, media representatives, students, prominent members of the British Pakistani community, and the High Commissioner of Pakistan to the UK.

The Foreign Minister called upon the international community, particularly the UK government, in its capacity as a permanent member of the UN Security Council, where Jammu and Kashmir remains on the agenda, to play its role for ameliorating the sufferings of innocent civilians, especially women and children, which continue to this day and to bring to an end this longstanding international dispute, in accordance with the UNSC Resolutions and the wishes of the Kashmiri people.

He reaffirmed the government of Pakistan’s political, moral and diplomatic support for the oppressed people of IoK. 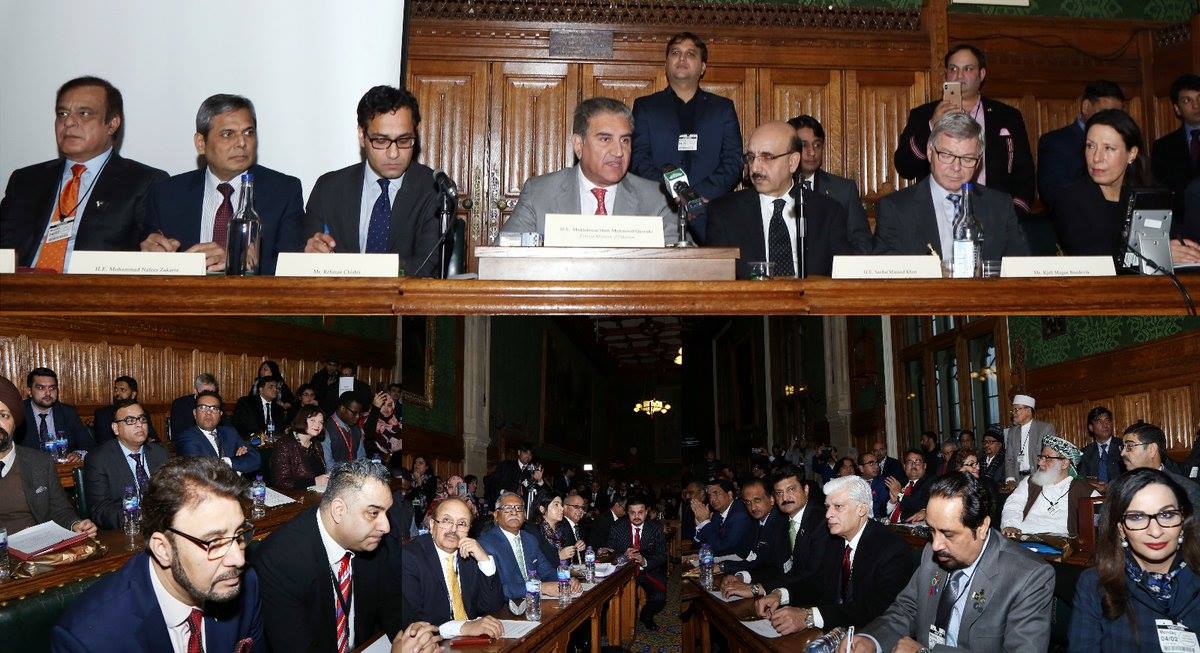 The members of the Senate Foreign Affairs Committee shed light on the importance of resolving the Jammu and Kashmir dispute that remains unresolved for decades.

They spoke about the legality of the dispute, while former Norwegian Premier, Bondevik, former Australian Senator Ms Rhiannon and APPKG Chair Debbie Abrahams discussed the way forward, in the light of the reports and resolutions by OHCHR, APPKG and OIC-IPHRC.

OIC-IPHRC Vice Chairperson, Prof Dr Raihanah Binti Abdullah emphasized that the unabated gross human rights violations faced by the innocent Kashmiri Muslims make it one of the worst and prolonged human rights situations around the world.

She called upon the international community to take concrete and practical measures to that end and prevail upon the government of India to allow the visit of the Commission of Inquiry under UN auspices, to hold an independent investigation into all human rights violations, including killings, rape and unmarked mass graves, in IoK.

LAHORE - Kashmir Solidarity Day is being observed today to reiterate whole-hearted support of the Pakistani nation to ...

In his remarks, President AJK, Sardar Masood Khan stressed the need to address the catastrophic situation that grips the IoK.

He called on the global powers to take notice of the fast-changing dynamics of the region and rapidly deteriorating situation in the IoK.

Keeping in view the excesses being committed in IoK, a Resolution was tabled to condemn human rights violations and loss of innocent lives through the use of pellet guns and disproportionate use of power. The Resolution was adopted unanimously.