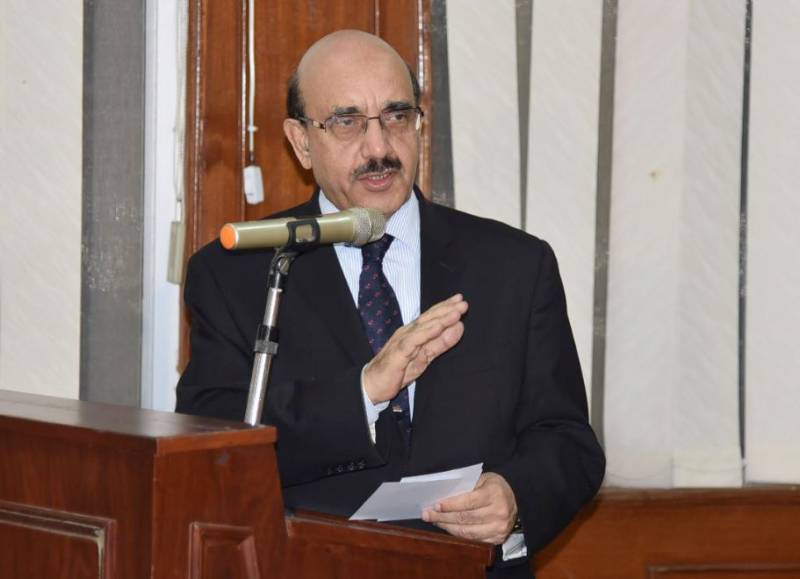 ISLAMABAD – The Azad Jammu and Kashmir (AJK) President Sardar Masood Khan has called upon the UN Security Council to ensure implementation of the January 5, 1949 resolution.

In a message on self-determination day being observed on Tuesday (today), Masood said that India, over the years, has constantly been creating hurdles in the peaceful settlement of the Kashmir issue by refusing to implement these resolutions.

Calling at the international community to look into the dilapidating situation, he said hundreds of thousands of lives have been lost in occupied Jammu and Kashmir, and two nuclear powers of the region are at the threshold of a war today.

India wants to resolve the Kashmir issue through the use of force instead of peaceful political and diplomatic means, but the usurper must keep in mind that none of its tactics can deprive the Kashmiri people of their fundamental right to self-determination, he added.

Khan further said that it is the moral and humanitarian responsibility of the international community to exert pressure on India and compel it to stop repression in occupied Kashmir and resolve the Kashmir issue through peaceful political and diplomatic means. If this is not stopped, this undoubtedly would be the greatest human tragedy of modern times.

He appealed to the international community to intervene and help save the Kashmiris from the appalling conditions they are facing because of their legitimate demand for the peaceful grant of the right of self-determination.