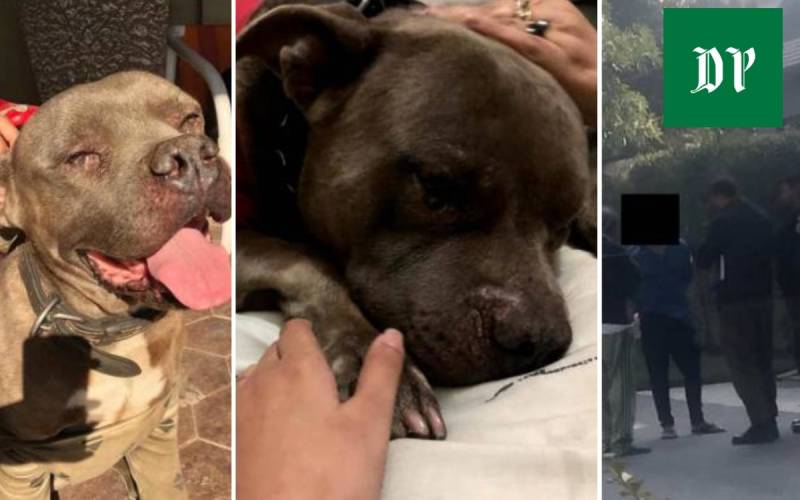 LAHORE - Days after a man shot his neighbours’ family dog dead in Lahore’s posh DHA locality on the New Year’s Eve, celebrities are taking to social media to condemn the brutal animal killing.

Actress and TV show host Mishi Khan posted a video message on Facebook asking to deal with the perpetrator with an iron fist.

She said there is no shortage of “parhay likhay jahil” (ignorant people) in our country.

Naming the pet killer, she said “Don’t know who awarded him with Barrister degree”.

“Such illiterate duffers should be dealt with like this. Sick man shot a pet dog Chuck mercilessly without a reason. He should be punished.” she wrote.

Renowned rapper and comedian Ali Gul Pir also showed his support by sharing the news on his Facebook. 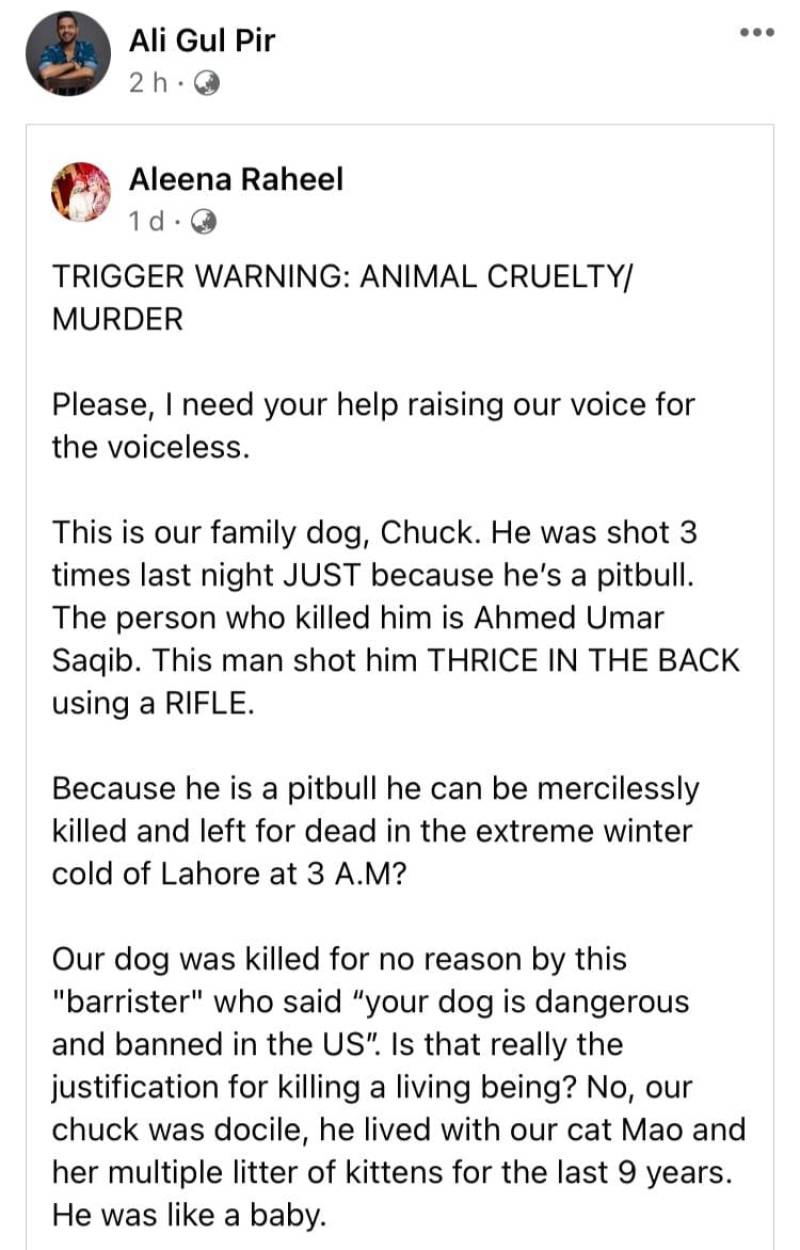 Not only that the man killed the dog in the dead of the night amid fireworks and celebrations for the New Year, he also hurled threats and abuses at his women neighbours when they confronted the man after hearing the gunshots.

Soon after, the owner of the pet took to Facebook, narrating the entire event to the world which led to several local media outlets publishing the news, have now started a movement on social media to not only get justice for Chuck, but to not let this happen to any other animal elsewhere in the country.