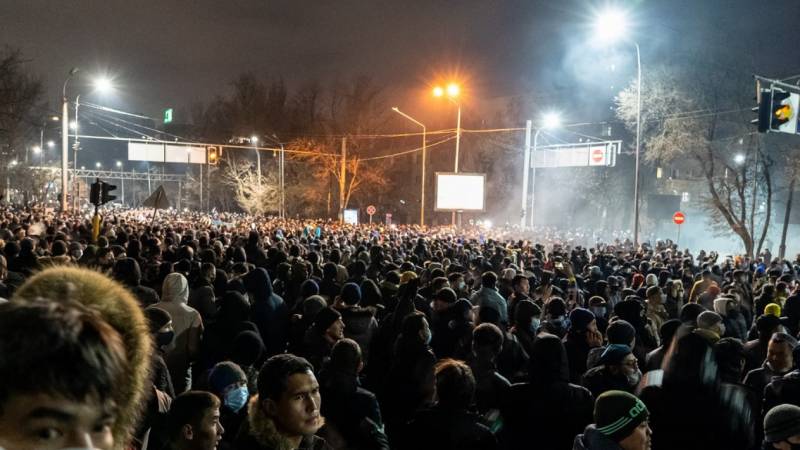 NUR-SULTAN – Kazakh President has approved the resignation of his government earlier today amid violent protests over skyrocketing fuel prices.

Kassym-Jomart Tokayev also declared a two-week state of emergency in the financial capital and the province of Mangystau after violent clashes broke out in several locations. Kazakh president accused domestic and foreign provocateurs of being behind the violence.

Masses marched towards the center of Almaty as news of the government's resignation failed to quell mounting anger over fuel prices while anti riots units fired tear gas and flashbang grenades at demonstrators but failed to quash the violent agitators.

Reports in international media also claimed that armed protesters barged into the mayor's office while many stormed in banks, stores, and restaurants.

Meanwhile, some government buildings also come under attack in the southern cities of Shymkent and Taraz overnight, with nearly a hundred police officers wounded in clashes.

As emergency was declared, there is restrictions on movement, and a ban on mass gatherings, per reports. The emergency decrees reportedly improved the situation in protest-hit cities. The protests started in wake of lifted price caps on liquefied petroleum gas (LPG), allowing fuel prices to rise significantly.