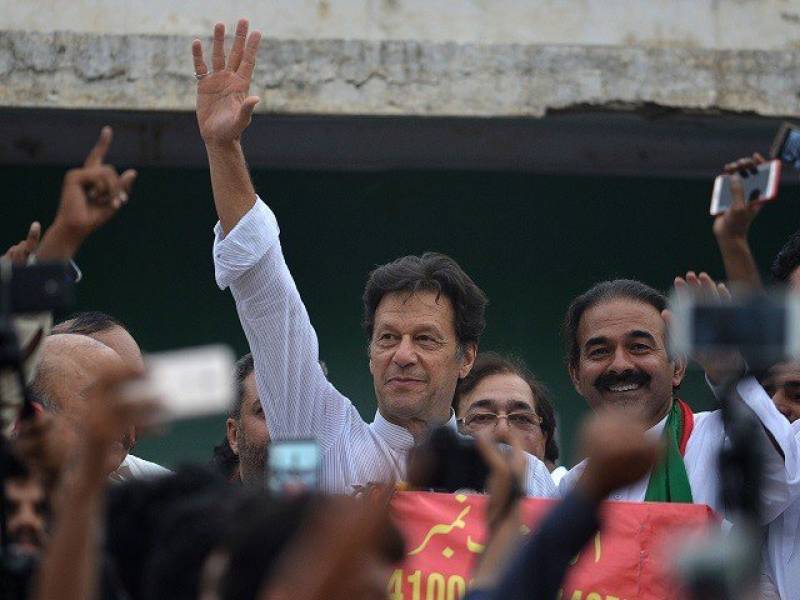 KARACHI - Pakistan Tehreek-e-Insaf chief, Imran Khan, finally admitted the importance of financial resources and electables to secure victory in the elections, a stance he did not voice publicly in years.

The cricketer-turned-politician had a busy schedule during the whirlwind electioneering in Karachi, with a realization that the political system in Pakistan was altogether different than the one in Europe.

'I cannot vouch for each of the near 700 national and provincial-level candidates PTI has fielded to contest the upcoming elections, but I am playing with what exists in Pakistan’s political class,' said Khan in an interview to a leading English daily.

Though Khan has been portraying a rosy picture of politics and trying to woo voters through his ideology, his admission regarding the power politics has taken the political analysts by surprise.

Realizing the importance of electables, the politician expressed that after 1997, he came to the conclusion that unless the party takes people in the party who know the art of winning the election, they will not be able to succeed.

'In Pakistan, you need money and thousands of trained polling agents who can bring out people on the day of the election. If you do not have those workers, you cannot contest the election,' Khan admitted.

The former lawmaker also denied that he had compromised his ideals by awarding tickets to electables, saying it would be a compromise if he did not stick to his objectives after coming into power and failing run a clean government.

The new faces would have to comply with PTI’s policies and discipline, and that those who didn’t would be kicked out,' he said in clear-worded remarks.

Though Khan has been decrying the ideology of electables, in the latest media interaction he revealed that he always sought out them, but before t,his they were not willing to join him.

'Forget MPAs and MNAs, in the past, we have even invited electables from union councils in other cities to join us,' the PTI supremo said.

Imran Khan also lavished rare praise on his arch-nemesis, former premier Nawaz Sharif for his India-centric foreign policy, saying he went a mile more to cement the ties and tried his best.

'I think it is the policy of the Narendra Modi government to try and isolate Pakistan. They have a very aggressive anti-Pakistan posture because Modi wants to blame Pakistan for all the barbarism they are doing in Kashmir,' Khan said.