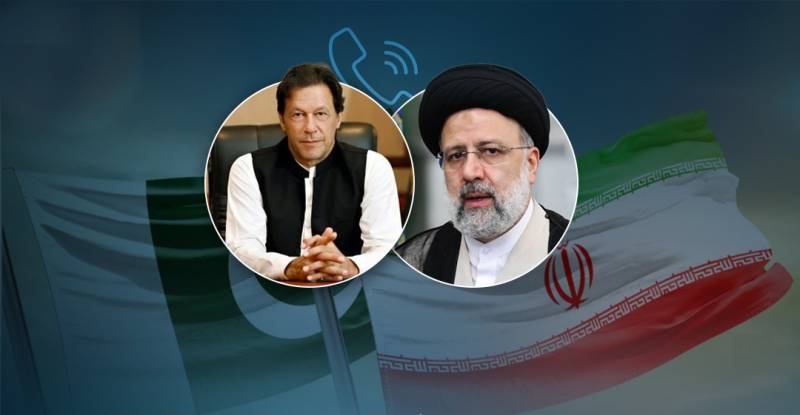 ISLAMABAD – Prime Minister Imran Khan Sunday spoke with Iran’s President-elect, Ebrahim Raisi, and felicitated him on his maiden victory in the Presidential elections.

The premier, according to a statement from the Prime Minister’s Office, telephoned Raisi and said that his victory in the presidential election was a sign of the Iranian people’s confidence in him.

Both leaders expressed satisfaction at the upward trajectory of bilateral relations and agreed on further boosting cooperation, in particular in its economic dimension. Khan also affirmed that the establishment of border sustenance markets along the Pakistan-Iran border was a key step, which would yield economic and social benefits for the people of both countries. It was agreed to maintain high-level exchanges, with both leaders extending invitations to each other to pay official visits.

PM also expressed concern at the worsening security situation in war-torn neighboring country Afghanistan and cautioned that the recent developments could lead to serious repercussions for Pakistan and Iran, resulting in an influx of refugees towards the bordering areas of the two countries.

Prime Minister Imran Khan strongly underscored the imperative of a negotiated political solution to the conflict in Afghanistan. Both sides emphasized the need to continue facilitating an Afghan-led and Afghan-owned inclusive political settlement.

Reports added that PM also underscored the imperative of a negotiated political solution to the conflict in the war-torn country. Both leaders stressed the need to continue facilitating an Afghan-led and Afghan-owned inclusive political settlement.

Khan also expressed gratitude to, Iranian President-elect, for their steadfast support on the Kashmir issue. Expressing concern at the serious human rights situation in Indian occupied Kashmir and Palestine, both leaders emphasized the need to resolve these long-standing disputes in accordance with the UN Security Council resolutions.