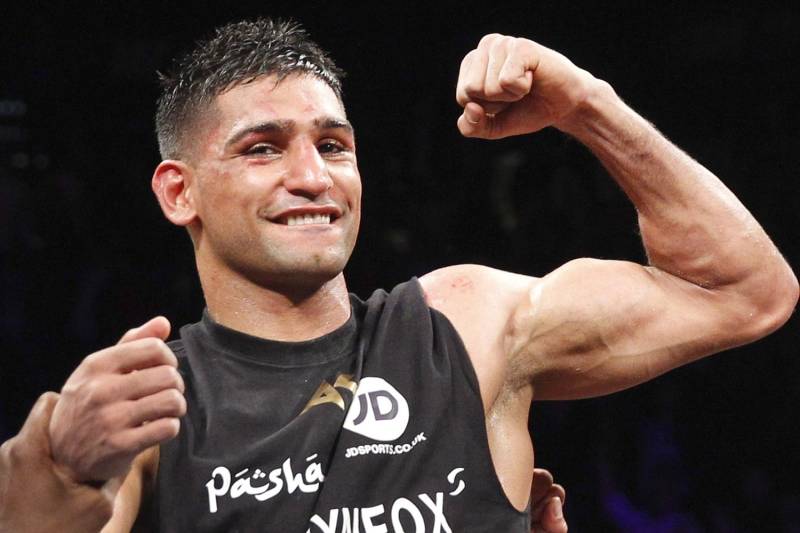 "Pakistan is a great country. I really believe in the immense talent that we have here. That's why I have opened this academy," he told media at the inauguration ceremony.

He said that the academy was modelled after the one he established in Bolton, England stating: "It will soon start producing world champions like the United Kingdom."

"I produced amateur national champions, gold medallists, European and world champions in UK and the same I want to do in Pakistan," he maintained.

He felt that Pakistan could be a top nation in boxing. "My dream has been to help Pakistan in sports. And being a boxer myself I decided to extend support in boxing," he said.

To a question about his recent statement to fight at Rio Olympics under Pakistan's flag, he said that he was a proud British boxer, who had represented the UK at the Athens Games.

He said that his statement was taken out of context. "I am a proud British boxer and I don't want to deprive fellow Brits of a ticket to Rio. What I said was meant that I'd rather give someone else an opportunity instead because Pakistan has no boxers," he added.

Amir also paid rich tributes to legendary American boxer Mohammad Ali, who passed away on Saturday. "He was my hero. The gap created by his death is impossible to be filled. He was a not only a great boxer but also a great personality."

Director General PSB Akhtar Nawaz Ganjera on the occasion said that a Memorandum of Understanding (MoU) had been signed with Amir Khan for the academy. Under the agreement, Amir would provide coaches and boxing equipment for the academy while PSB would extend all necessary support to run it in an efficient way.

Earlier, British High Commissioner in Pakistan Thomas Drew also joined Amir Khan at the inauguration ceremony. "You have come here to see a boxer not an ambassador, so I will keep it short. What Amir Khan is doing here is about more than just boxing, so I do want to say a couple of thing," he said while expressing his views on the occasion.

"This is what tonight is about. Through his academies, Amir Khan is inspiring the next generation in Pakistan and in the UK - themselves to achieve in life. Therefore, I am very proud to be taking part in the opening of his academy in Islamabad," he added.