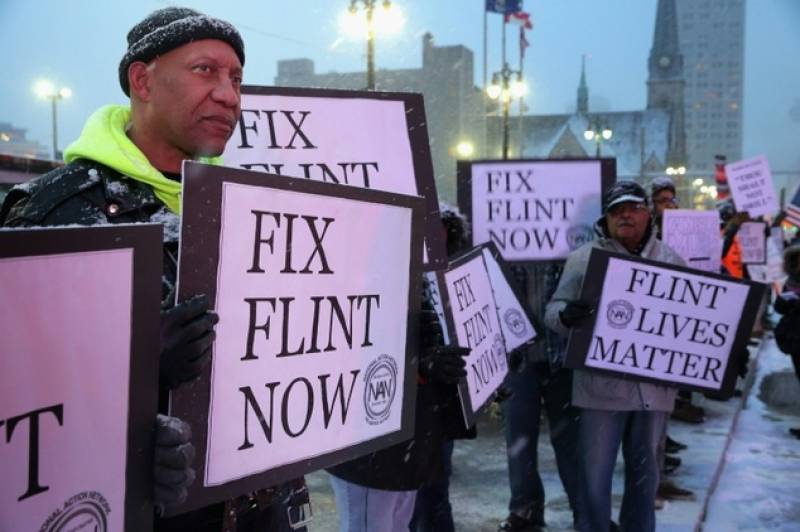 FLINT, United States, (APP) - Tiana Lankford's two-year-old daughter was poisoned by the lead-tainted water that flowed from the taps in their home, causing the toddler to develop appetite and behavioral problems.

The contamination, ignored and then hushed up by government officials, will be in the national spotlight on Sunday as Democratic White House hopefuls come to this poor, predominantly black Rust Belt city for their next debate.

"I'm furious, of course," said Lankford, 33, who has two other daughters. "No one in the world should have to deal with that." It's not just little Carlina and her sisters who are affected by lead

poisoning, which can have devastating impacts on young children by irreversibly harming brain development.

More than 8,000 children in the Michigan city of Flint, economically devastated by the closure of General Motors factories, were exposed to lead for more than a year before the tap water contamination was uncovered by citizen activists.

"It affects your behavior, it affects them eating. I can't tell you how many meals I put over there for them to eat and they don't touch it," Lankford said in an interview with AFP in their sparsely furnished home.

The mother said she boiled water for Carlina's bottles without knowing it was toxic -- and tests now show the girl's blood contains seven micrograms of lead per decilitre of blood, when health experts say anything higher than five micrograms indicates an unsafe level.