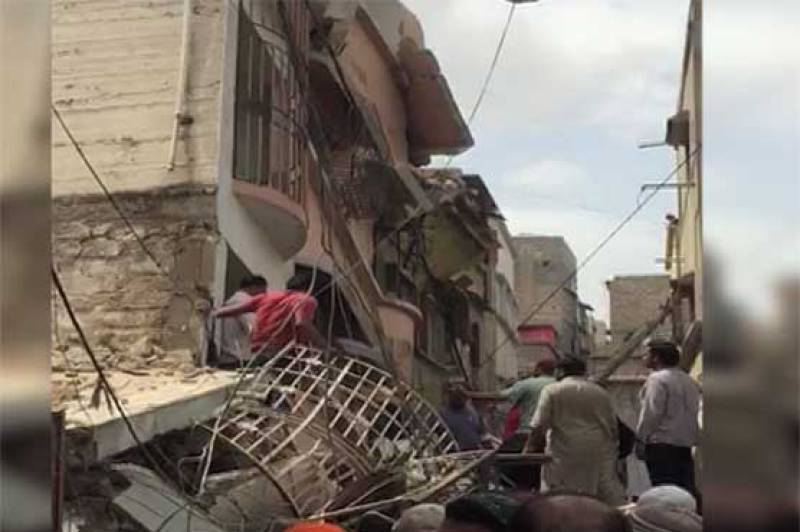 KARACHI - At least three people including a woman were killed and 20 others injured after a four-storey residential building collapsed in Rizvia society, an area in the metropolitan, on Thursday.

A rescue operation is underway to recover persons trapped under the rubble of the building, which was constructed three years ago. Local residents are also assisting the officials.

Rescues officials are facing hurdles in the operation as the building is located in the populous area.

According to police, the builder was constructing the fifth floor of the building due to which it caved in. They further stated a number of people are still suspected to be trapped under the rubble.

Meanwhile, Chief Minister of Sindh (CM) Murad Ali Shah has taken notice of the incident and sought a report from the authorities.

One of the deceased has been identified while injured has been shifted to nearby hospitals for treatment.