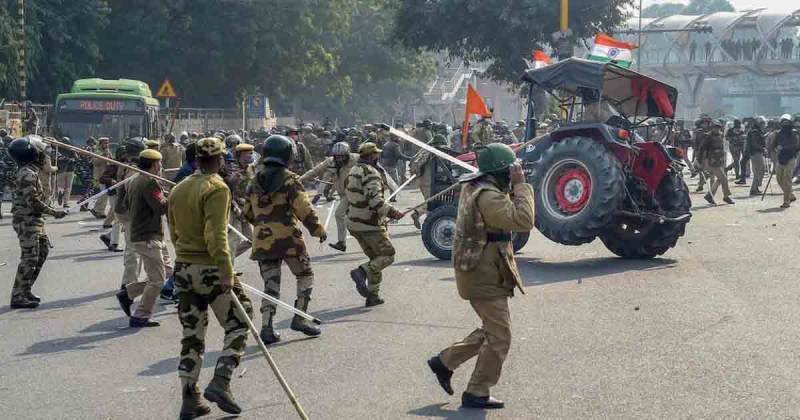 The independent watchdog organization, dedicated to the expansion of freedom around the world, in its Freedom in the World 2021 report said India dropped nine points from 76th position in 2005 to 67 in 2021 - covering the year 2020, on a score of 0 to 100.

The report highlighted that India was descending into authoritarianism under the rule of Prime Minister Narendra Modi, marking a sharp rise in incidents of violence against the Muslims and gross human rights violations.

Meanwhile, Democracy Research Institute pointed out incidents of mob violence against Muslims, intimidation of journalists, and growing judicial interference citing these as some of the key reasons.

"Rather than serving as a champion of democratic practice and a counterweight to authoritarian influence from countries such as China, Modi, and his party are tragically driving India itself toward authoritarianism," Freedom House said in its annual report.

"Under Modi, India appears to have abandoned its potential to serve as a global democratic leader, elevating narrow Hindu nationalist interests at the expense of its founding values of inclusion and equal rights for all," also included in the report.

It highlighted the fact that Modi’s government and its state-level allies continued to crack down on critics during the year, and their response to COVID-19 included a ham-fisted lockdown that resulted in the dangerous and unplanned displacement of millions of internal migrant workers.

Scapegoating of Muslims was also encouraged by the ruling Hindu nationalist movement, who were disproportionately blamed for the spread of the virus and faced attacks by vigilante mobs.

The report said with India's decline to Partly Free, less than 20 percent of the world's population now lives in a Free country, the smallest proportion since 1995.

"As repression intensifies in already unfree environments, greater damage is done to their institutions and societies, making it increasingly difficult to fulfill public demands for freedom and prosperity under any future government." The Freedom House report categorically stated that political rights and civil liberties in India have deteriorated since Narendra Modi became prime minister in 2014, with increased pressure on human rights organizations, rising intimidation of academics and journalists, and a spate of bigoted attacks, including lynchings, aimed at the Muslims.

"The decline only accelerated after Modi's reelection in 2019," the report said.